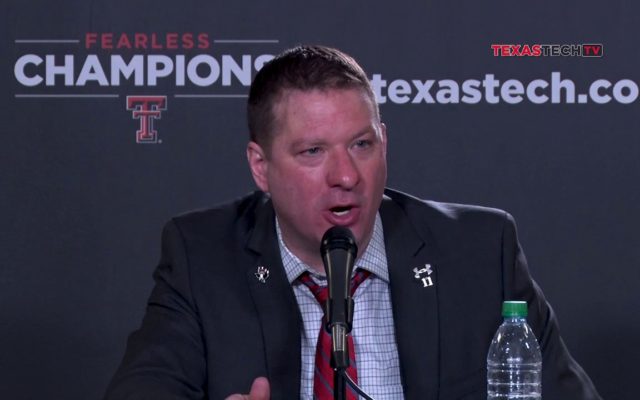 I said it before, and I’ll say it again…

DO NOT SLEEP ON CHRIS BEARD!

An outstanding season comes to an end yesterday afternoon as your Texas Tech Red Raiders fell to Villanova in the Elite Eight. Chris Beard hugged his seniors yesterday as they walked off the court. He wanted to thank them for the ride they took together as the loss was imminent.  Some of you would consider this a failure.

But I want you to remember the following.

The Red Raiders were picked 7th in Big 12, barely expected to make it to the NCAA’s. Instead, they were competitive and pushed Kansas more than any other team even winning in Phog Allen. It was the beginning of a special season. It continues with win after win even after Zach Smith was gone. Some people doubted the Red Raiders without Zach, but two plucky freshman took up the mantle of leaders and helped Keenan Evans.

Keenan, what can be said about the testicular fortitude of this man? I’ve broken my middle toe and walking on it was excruciating.  He played at one of the highest levels of collegiate basketball, leading his team to countless wins over the last 2 months, playing with a broken toe.  Others would have quit, saved themselves for the draft, but there was no quit in Keenan. “Second Half Keenan,” took over many a game.

During the Nevada game he played and led with the flu.

And though we lose Zach, Keenan, Justin Gray, Tommy Hamilton and Niem Stevenson, Chris Beard has players ready to step up and take the next step.

Last year, I asked him what the story was of the season. He said he wanted to be coaching on the last Monday night of the season.

He was only one week short this year.

Have hope Red Raider fans because though the season is over, the ride has just begun. A winning tradition always starts with a team who believe in their coach and the path they will undertake.

Chris Beard is that special coach and this won’t be the last time we see a Red Raider team here.