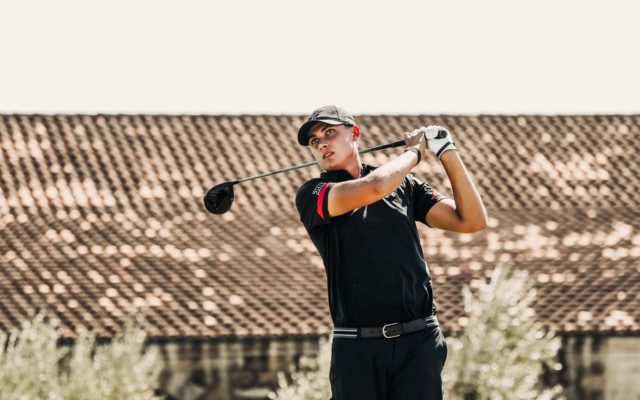 SEA ISLAND, Georgia – Texas Tech sophomore Ludvig Aberg birdied his final hole to win the Jones Cup Invitational on Sunday at the Ocean Forest Golf Club. Aberg finished the tournament at 2-under-par to earn an exemption into the PGA Tour’s RSM Classic which is scheduled for Nov. 15-21 at the Sea Island Golf Club.

“It means the world to me to be able to compete against the best players in the world,” Aberg said. “To come out on top really shows that I’m doing the right stuff.”

A three-day amateur event outside of collegiate play, Aberg shot 72-70-72 – 214 to edge out Cole Hammer, Davis Thompson and Alex Fitzpatrick who each shot 1-under. Thompson was the defending champion at the event but couldn’t hold off Aberg who avoided a playoff with a 7-foot birdie putt on No. 18 to secure the tournament title and PGA Tour event exemption. A Sweden native, Aberg is currently at No. 17 in the World Amateur Golf Ranking. He won a pair of professional tournaments in Sweden over the summer and also competed in the Arnold Palmer Cup.

His exemption to a PGA Tour event is the second for the Red Raiders this year after Kyle Hogan secured an exemption to play in the Houston Open, while Sandy Scott qualified to play in last summer’s U.S. Open with his WAGR.

Aberg and Texas Tech are scheduled to begin their spring schedule this week at The Prestige which will be played from Feb. 15-17 at PGA West in La Quinta, California. The Red Raiders come into the spring season at No. 9 in the Division I Bushnell Golfweek Coaches Poll and at No. 24 in the Golfstat rankings.