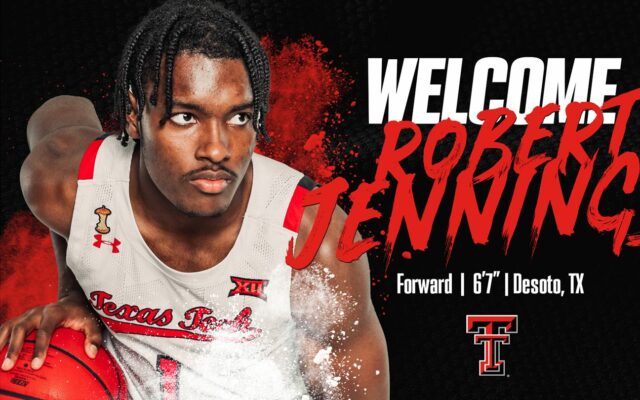 A 6-foot-7 forward from Desoto, Jennings is a four-star recruit according to ESPN who is in his senior year at Texas Alliance of Christian Athletes. He is coming off earning first-team all-conference as a junior where he averaged 19 points and 10 rebounds and helped to lead his team to a 21-11 record.

“I chose Tech because it felt like home,” Jennings said “I love the staff and I feel their style of play was best for me. The scrappiness and the energy they play with lines up perfectly with my game. I enjoy defending and turning defense into offense and I feel that Tech was most suited for my type of play.”

Jennings also plays for Texas Impact UAA where his team advanced to the Under Armour Association Finals with a top-4 seed. He helped the team develop into the top defensive unit in the association during the UAA Circuit. During his junior season in high school, he recorded a double-double with 22 points and 11 rebounds in a win over John Paul II during his junior season at T.A.C.A. Jennings played at Desoto High before transferring to T.A.C.A.

“My goals for college is to come in and impact the team in a major way that will help us to win,” Jennings said. “I want to come in and continue to grow as a man and as a player and make life-long bonds. Then take what I have learned and translate it to the next level after tech and to my everyday life.”