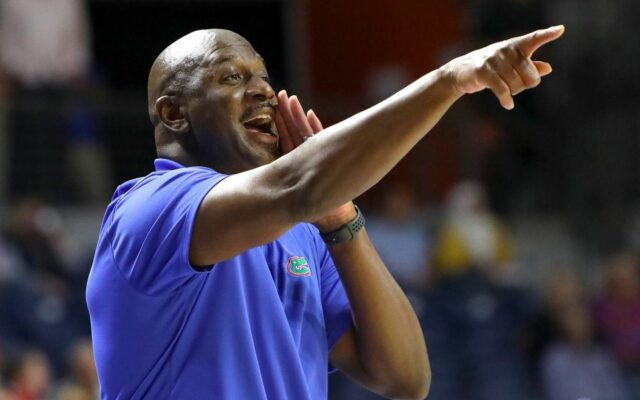 LUBBOCK, Texas – Al Pinkins is returning to Texas Tech to join Mark Adams’ staff as an assistant coach after working at the University of Florida for the past four seasons. Pinkins was on the Red Raider coaching staff during the 2016-17 and 2017-18 seasons where he helped the program reach the 2018 NCAA Elite Eight.

Along with experience at Texas Tech and Florida, Pinkins has been an assistant coach at LSU, Tennessee, Ole Miss and Middle Tennessee State during his 20-year career as a college basketball coach. Highly regarded for the development of front-court personnel, he will be involved in all aspects of the Tech program which includes opponent scouting and on-court coaching.

“My family and I are looking forward to returning to the wonderful community and fanbase in Lubbock,” Pinkins said. “Coach Adams embraces the grind of college basketball and everything that comes with it. I’m grateful for the opportunity to work with Coach Adams and the rest of the staff. I can’t wait to get going.”

“I’m excited about the opportunity to have Coach Pinkins return to our staff,” Adams added. “He is a veteran coach who has done a great job everywhere he’s been. He does an incredible job working with the players to develop their game and is one of the best recruiters in the nation. We are lucky to have Al coming back to Texas Tech.”

During his two seasons at Tech, the program earned 11 wins against ranked opponents and would go 27-10 in the 2017-18 season. The Red Raiders enjoyed a historic season in his final year, reaching the Elite Eight for the first time in program history following wins over SFA, No. 23 Florida and No. 11 Purdue in the NCAA Tournament. Keenan Evans earned All-America and All-Big 12 First Team honors following the season, while freshman Zhaire Smith was selected with the 16th pick of the 2018 NBA Draft.

Following two years at Tech, Pinkins joined the Florida coaching staff as the associate head coach and helped the Gators to NCAA Tournament bids in 2019 and 2021. The Gators finished with a 20-14 record last season and advanced to the second round of the NIT before falling to Xavier. Pinkins served as the Gators’ interim head coach during the NIT after Mike White took the Georgia head coaching position. Florida’s season was highlighted by a 63-62 win over No. 2 Auburn. The Gators posted a 74-52 record during Pinkins’ tenure, including 10 wins against top-25 opponents.

In his only season at LSU, Pinkins worked with Ben Simmons, the NBA’s top overall draft pick in 2016. Simmons was the consensus 2016 National Freshman of the Year and rated among the SEC’s top five in points (19.2), rebounds (11.8), assists (4.8) and steals (2.0) per game. During his time at Ole Miss, Pinkins coached the program’s all-time leading rebounder in Murphy Holloway and the program’s all-time leading shot blocker in Reginald Buckner. Holloway came away with an All-SEC First-Team selection, while Bucker tucked away SEC All-Defensive Team honors in 2013. The Rebels secured the 2013 SEC Tournament title, a NCAA Tournament berth and matched a program single-season record with 27 victories.

Pinkins started his coaching career at Middle Tennessee State from 2003-11 where he was involved in all aspects of the Blue Raiders program. MTSU advanced to postseason play in the 2010 CollegeInsider.com event.

As a player, he began his collegiate career at Chipola Junior College in Florida from 1993-95 where he averaged 17.5 points and 8.0 rebounds per game over his two seasons. He then transferred to North Carolina State after his sophomore season and secured 9.5 points and 7.0 rebounds per game. His NC State team advanced to the 2017 NIT Second Round.

Pinkins earned his bachelor’s degree in sociology from NC State in 1998. He and his wife, Kara, have three sons: Patton, Pryce and Penn.