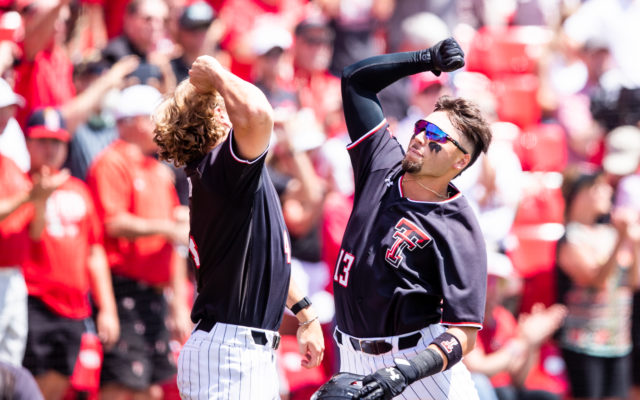 This marks the sixth straight year Tech has been represented on CB Newspaper’s All-America teams. Conley was joined by Brian Klein and Micah Dallas in 2020, Josh Jung garnered honors in 2019, Josh Jung and Grant Little received accolades in 2018, Steven Gingery made the list in 2017, and Eric Gutierrez earned a nod in 2016.

Jung’s numbers rank among the very best in the country this season. The Big 12 Player of the Year ranks in the top 10 nationally in four offensive categories, including RBI (3rd), home runs (5th), base on balls (9th) and home runs per game (10th). He is the first Big 12 freshman since Matt Hopper (Nebraska) in 2000 to hit 20 home runs. Jung enters the postseason as the Big 12 leader in home runs and slugging and is second in RBI and base on balls. Additionally, he reached base safely in the first 50 games of the season – which was the nation’s longest active streak until it ended in Tech’s last game at the Big 12 Tournament.