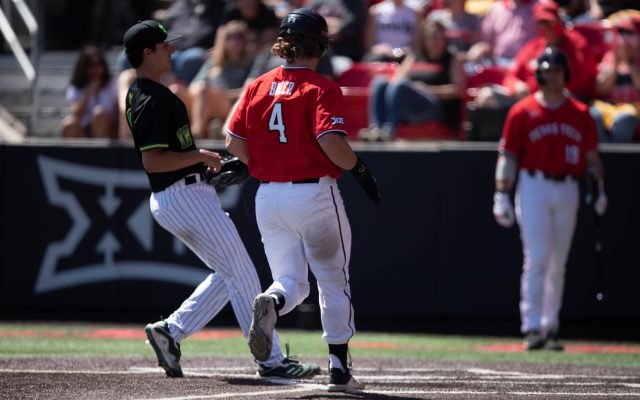 The sophomore outfielder is the first Big 12 Player to earn the honor in back-to-back weeks since 2016, when West Virginia’s Jackson Cramer received the honor on May 2 and May 9.

A Red Raider has now taken three of the last four Big 12 Player of the Week awards dating back to March 8 when Jace Jung was honored. This is Baker’s third-career weekly award from the conference as he won Newcomer of the Week in 2019.

Baker went 10-for-14 (.714) in the three-game sweep of South Florida this weekend with a team-high five RBI. He registered at least three hits and scored in all three games, while leading the conference in on-base percentage (.929) and stolen bases (3) for the week.

The Tomball, Texas, native currently owns a 10-game hitting streak, including seven consecutive multi-hit games. Baker raised his season average to .442 over the weekend, which ranks second in the Big 12.

Nationally, Baker’s 42 hits this season rank second in the country, trailing Oklahoma’s Tyler Hardman (43). He also ranks third in the country in runs (32) and 12th in stolen bases (11). His .442 batting average ranks eighth among those with at least 50 at bats this season.

Baker and the No. 6 Red Raiders return to Big 12 play this weekend as they travel to Kansas State for a three-game set, starting Thursday at 6 p.m.