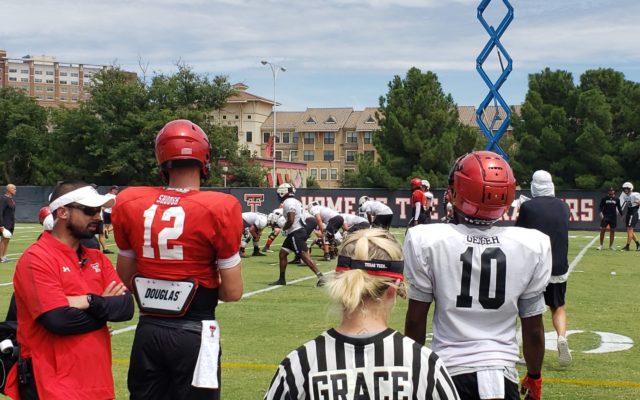 A native of Katy in the Houston area, Davidson returns to the Lone Star State after spending the previous four seasons in various roles at Virginia Tech. He began his tenure with the Hokies as an offensive quality control coach before joining Virginia Tech’s player personnel department the past two seasons.

“We are excited to welcome Beau and his family back home to the state of Texas,” Wells said. “Our No. 1 priority in this program will always be to recruit the best players from the state of Texas, and Beau will help us in that mission with his significant ties he’s built over his career. He is well respected in this state and will be a great addition to the recruiting team we have in place here at Texas Tech.”

Davidson was recently promoted to Director of Recruiting at Virginia Tech for the 2021 season after spending the previous two years as an assistant director of player personnel where he helped the Hokies land several top prospects from the state of Texas. In his role, Davidson was responsible for promoting a #TX2VT social media movement that attracted several Texas signees to Virginia Tech the past few recruiting cycles.

In between, Davidson spent seven seasons at the high school level, working on both sides of the ball at the likes of Deer Park High School (2010-12, 2013-14), Dickinson (2012-13), Baytown Sterling (2014-16) and Clear Springs (2016-17). He coached the secondary, defensive line and offensive line throughout his different stints before finishing as the defensive coordinator at both Baytown Sterling and Clear Springs.

Davidson was a three-year letterman at North Texas prior to starting his coaching career as he played tight end and served as a long snapper for the Mean Green. His father, Greg, was also a North Texas letterwinner before playing at center for the Houston Oilers from 1980-82. Davidson and his wife, Leandra, are parents of two daughters, Kate and Emma.

Davidson joins a Texas Tech recruiting staff led by Preston Pehrson, who was promoted to Director of Player Personnel this past March.