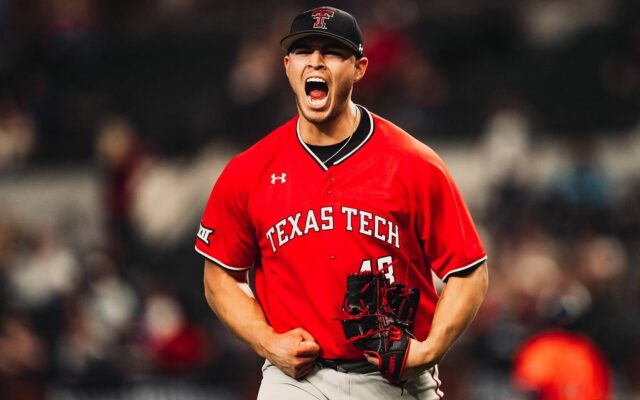 The duo represented the Red Raiders’ selections for the All-Big 12 first team on May 24. Birdsell was the league’s pitcher of the year as well.

While it is Birdsell’s first time to be named an All-American, Jung begins to build on his seven All-America selections a season ago. Collegiate Baseball pegged Jung to its first team in 2021 and the same publication named him a freshman All-American in 2020.

This marks the seventh straight year Tech has been represented on CB Newspaper’s All-America teams. Cal Conley joined Jung in 2021. Conley was joined by Brian Klein and Micah Dallas in 2020, Josh Jung garnered honors in 2019, Josh Jung and Grant Little received accolades in 2018, Steven Gingery made the list in 2017, and Eric Gutierrez earned a nod in 2016.

Birdsell owns an 8-3 record while maintaining a 3.00 earned run average over 78.0 innings pitched in 2022, striking out 11.77 batters per nine innings. He’s held batters to a .218 batting average while tossing 102 strikeouts and walking 27.

Jung leads Tech from the plate with a .340 batting average and owns a blistering .487 on-base percentage as he’s been walked 58 times – the fifth-most in the country. He owns 23 multi-base hits, including a tie for the team lead in home runs knocking 14 over the fence in 2022.