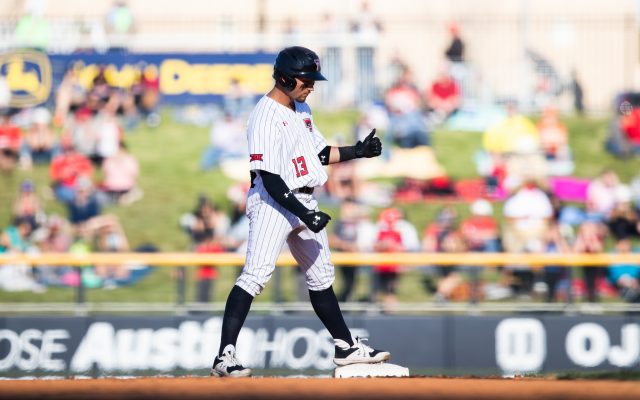 The 2020 All-American leads all Big 12 shortstops in hits, home runs and RBI

LUBBOCK, Texas – A day after being named Big 12 Newcomer of the week, Texas Tech baseball’s Cal Conley was named a semifinalist for the Brooks Wallace Shortstop of the Year Award, the College Baseball Foundation announced Tuesday.

Conley is one of 30 semifinalists on the award, which honors the nation’s top shortstop and is named after former Texas Tech shortstop Brooks Wallace. He is the only Big 12 player on the list and one of two redshirt freshmen.

An All-American in the COVID-shortened 2020 season, the Mount Carmel, Ohio, native has been a key fixture in the lineup this season, hitting .341 with 12 home runs and 48 RBI. He is tied for the team lead in hits with 63, multi-hit games with 20, and doubles with 13.

A switch hitter who can do hit for average or power, Conley leads all Big 12 shortstops in hits, home runs and RBI. Among shortstops at the Power-Five level, he is fourth in hits, third in home runs and second in RBI and is the only player at his position to rank that high in all three categories.

Conley is one of four players on the list who have double-digit home runs and a fielding percentage of .969 or better.

The Brooks Wallace Award will be presented this summer by the College Baseball Foundation. It is named for former Red Raider shortstop Brooks Wallace, who played for the Red Raiders from 1977-80 and died of leukemia at the age of 27.