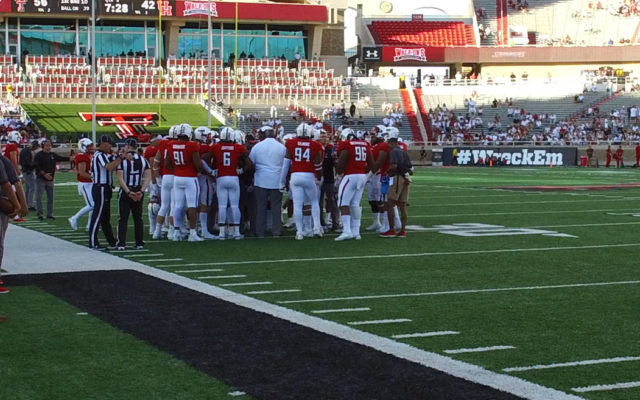 Cosgrove, who spent the 2019 campaign as the lead defensive analyst on LSU’s national championship team, arrives in Lubbock with 39 years of collegiate coaching experience, including 22 seasons as a defensive coordinator. He has coached in 19 bowl games during his illustrious career and has mentored 50-plus players who have gone on to NFL careers as well as 16 All-Americans, four NFL first-round draft picks, a No. 1 overall NFL Draft selection and a Jim Thorpe Award winner.

“We are pleased to welcome a coach to our staff with such significant experience like Coach Cosgrove,” Wells said. “His defenses have always been well-prepared and aggressive over his career, which fits the culture we are looking to build here at Texas Tech. We are fortunate he, his wife Shelly and their family have decided to become part of our program.”

“I am thrilled to have the opportunity to coach at Texas Tech,” Cosgrove said. “I have a tremendous amount of respect for Coach Wells, and I can’t thank him and the Texas Tech administration enough for the opportunity to join this staff. I look forward to getting to know our student-athletes over the coming months and working to help build a strong defensive culture here in Lubbock.”

Cosgrove spent a total of seven seasons at New Mexico, the final five of which were as the defensive coordinator. He oversaw the inside linebackers the first three years of his tenure before taking over the entire linebacker group for the remainder of his tenure.

New Mexico appeared in two bowl games during Cosgrove’s stay in Albuquerque, breaking a seven-year absence from the postseason after earning a selection to the Gildan New Mexico Bowl in 2015. The Lobos stayed home for their bowl game again a year later, defeating UTSA to cap a nine-win season, which marked their most since 2007 and their second-highest total in program history. New Mexico’s 16 victories during that two-year span also matched its most all-time in back-to-back seasons.

Cosgrove might be best known for his 14 seasons at Wisconsin (1990-03) under head coach Barry Alvarez where he started his tenure as linebackers coach for five seasons before being promoted to defensive coordinator prior to the 1995 campaign. During that time, Wisconsin won three Big Ten titles (1993, 1998, 1999), all of which were followed by a victory in the Rose Bowl.

Three of Cosgrove’s linebackers led the Big Ten in tackles on three different occasions, including Pete Monty, who remains Wisconsin’s all-time leader in career tackles after totaling 451 from 1993-96. Cosgrove’s time in Madison earned him an induction into the Wisconsin Football Coaches Hall of Fame in 2008.

He departed Wisconsin in 2004 to join former Big 12 member Nebraska in a similar role where he oversaw a Huskers defense that led the country in sacks (50) and tackles for a loss (124) in 2015. Nebraska also ranked in the top 25 nationally for scoring defense and passing efficiency defense during the 2015 and 2016 campaigns, leading to appearances in both the Alamo and Cotton Bowls those two seasons.

Nebraska also played in the Big 12 Championship game in 2016 after the Huskers won the north division title as part of a nine-win season. Overall, Cosgrove mentored seven Huskers who earned All-Big 12 first or second team accolades during his four seasons.

A native of Chicago, Cosgrove began his coaching career as a graduate assistant at Illinois from 1980-82. From there, he earned his first full-time position as the linebackers coach at Morehead State for the 1983 spring practices followed by five seasons in a similar role back at Illinois from 1983-87. He later accepted his first defensive coordinator position at Southeast Missouri State in 1988 and then moved to Colorado State as the Rams’ linebackers coach the following year.

Cosgrove was recognized as one of the nation’s top recruiters in 2006 by CBS College Sports Network analyst Tom Lemming. He was previously named the top coordinator in the Big Ten by The Sporting News in 2002 and one of the top coordinators in the country in 1999 by ESPN analyst Mel Kiper Jr.

Prior to his coaching career, Cosgrove played collegiately at Benedictine College (Ill.) in 1974 and at Wisconsin-Oshkosh from 1976-78 where he earned a bachelor’s of science in physical education in 1980.

Cosgrove and his wife, Shelly, are parents to two sons, Clint and Connor, and one daughter, Shannon.