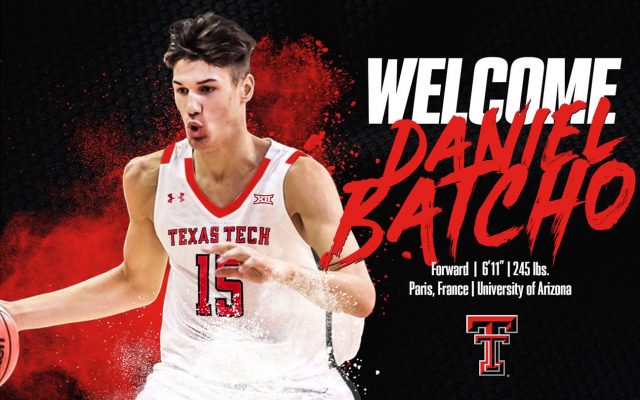 LUBBOCK, Texas – Texas Tech head coach Mark Adams has announced the signing of transfer Daniel Batcho to a financial aide agreement. A 6-foot-11 forward, Batcho is transferring from the University of Arizona and maintains four years of collegiate eligibility.

Batcho is from Paris, France where he played for Centre Federal du Basketball (CFBB) before coming to the United States to play at Arizona. He helped the U18 CFBB Paris to a runner-up finish at the Euroleague Basketball Next Generation Tournament where he recorded a double-double with 24 points and 15 rebounds along with adding three blocks in the championship game. Batcho was named the MVP of the Euroleague Basketball Next Generation Tournament in Belgrade in Feb. 2020 where he averaged 14.8 points, 11.3 rebounds and 1.8 blocks during the four games of the tournament.

Batcho redshirted last season at the University of Arizona. He signed with the Wildcats as one of the top international prospects in the 2020 class.