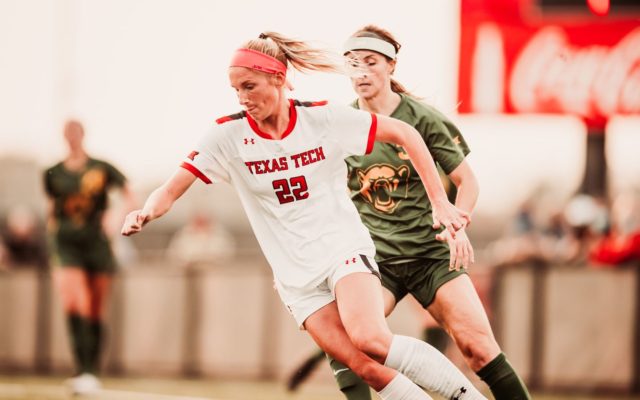 LUBBOCK, Texas – Texas Tech forward Kirsten Davis and goalkeeper Madison White have been selected to the Preseason All-Big 12 Soccer Team for the second straight season. The Big 12 announced the list of 13 players for its preseason team on Tuesday as voted by the league’s head coaches with the preseason poll set for release on Wednesday.

A super senior from St. Louis, Missouri, Davis is a two-time All-Big 12 First Team selection and returns for her fifth season having recorded 31 goals in her stellar career. She continues her career with the Red Raiders after being selected at No. 13 in the National Women’s Soccer League (NWSL) College Draft by Racing Louisville FC. Davis led the Red Raiders with four goals last season, including the game-winner against Texas in a 1-0 victory. As a junior, Davis earned All-America and was the 2019 Big 12 Offensive Player of the Year after recording 16 goals which is the third most single-season goals in program history. Six of her 16 goals during that season were game-winners which set a Texas Tech single-season record.

White started 10 games and finished with 35 saves for the Red Raiders as a sophomore. A junior from Rockwall, Texas native, White recorded three shutouts last season after having six as a freshman where she earned Big 12 Freshman of the Year and All-Midwest First Team selection. She is coming off a sophomore season where she recorded three shutouts in games against Iowa State, Texas and Alabama. Her shutout against Alabama earned her Big 12 Goalkeeper of the Week (3/16/2021) after her shutout. White recorded a season-high 10 saves against No. 12 Oklahoma State and also had a pair of six-save performances against West Virginia and Texas.

Oklahoma State led all squads with three selections, while Baylor, TCU, Texas Tech and West Virginia each had two honorees and K-State and Texas had one each. Eleven of the 13 individuals on the preseason team were 2020 All-Big 12 performers. The 2020 Big 12 Offensive and Defensive Players of the Year were represented on the preseason ledger. TCU junior Grace Collins, the reigning Offensive Player of the Year, was selected at forward while Defensive Player of the Year Jordan Brewster of West Virginia was recognized at defender.

Coaches were not allowed to vote for their own players.

Got ✌️ on the Preseason All-Big 12 Team! pic.twitter.com/RPrKu22HGs