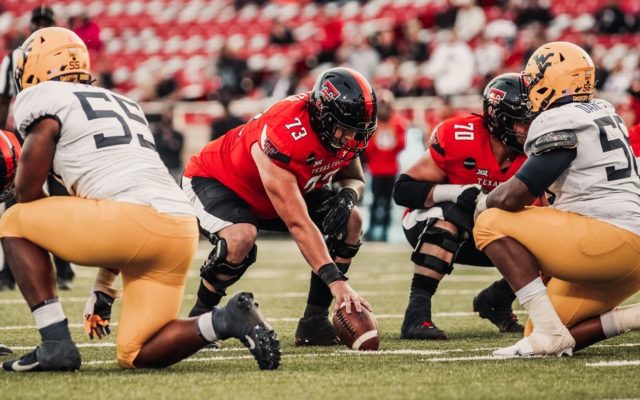 LUBBOCK, Texas – Texas Tech senior offensive lineman Dawson Deaton was named Tuesday to the watch list for the Outland Trophy, which is presented to the nation’s top interior lineman on offense or defense.

Deaton, a native of Frisco, Texas, has anchored the Tech offensive line the past two seasons as he has started in 23-consecutive games entering 2021, including each of the past 22 at center. He is a two-time All-Big 12 honoree after earning second-team accolades by the conference coaches as a junior a year ago and then honorable mention recognition following his 2019 sophomore campaign.

The Outland Trophy winner is chosen from three finalists who are a part of the annual FWAA All-America Team. The FWAA All-America committee, after voting input from the entire membership, selects a 26-man first team and eventually the three Outland finalists. Committee members, then by individual ballot, select the winner. Only interior linemen on offense or defense are eligible for the award.

The Outland Trophy, celebrating 75 years since its founding, is the third-oldest major college football award. Created in 1946 when Dr. John Outland presented the FWAA with a financial contribution to initiate the award, the Outland Trophy has been given to the best interior lineman in college football ever since. Dr. Outland, an All-American at the University of Pennsylvania in the late 1890s, eventually took up practice in Kansas City, Missouri. An avid outdoorsman, Dr. Outland believed linemen did not get the credit they deserved and wanted an award to recognize them.

The recipient of the 2021 Outland Trophy will be announced on The Home Depot College Football Awards, live on ESPN in December. The official presentation to the winner will be made at the Outland Trophy Awards Dinner in Omaha, Neb., on Jan. 12, 2022.

Deaton and the Red Raiders open the 2021 season Sept. 4 in the Texas Kickoff against Houston. Kickoff between the Cougars and Red Raiders is slated for 6 p.m. from NRG Stadium in Houston.