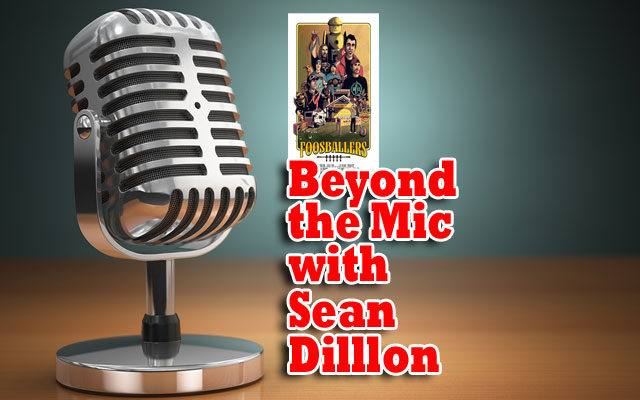 FOOSBALLERS is an award-winning documentary that takes a deep dive into the underground world of professional table soccer, following six of the top players as they prepare for the Tornado World Championships. Through an ensemble cast of quirky characters and obsessive fans, the film explores the sport’s rich and relatively unknown history – covering its meteoric rise in the 70s during the Million Dollar Pro Tour, its devastating collapse in the 80s, and its current resurrection today.

He likes to relax on the couch, loves Caddyshack and found the cast of his film via Google.

Director, Co-Writer and Co-Producer of the new documentary film “Foosballers” Joe Heslinger goes Beyond the Mic.

I’ve had great interview opportunities over my 25+ year radio history that never made it to air. Some were due to length others were because of topic.

I decided to flip the table on the rules. Any topic / guest is welcome, but you need to tell a story & must go ‘Beyond the Mic.’