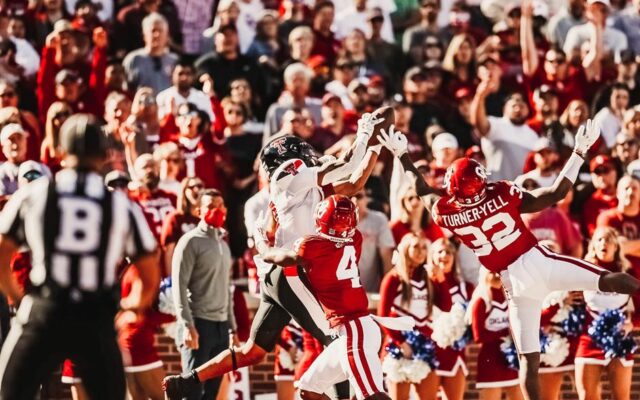 – Tech entered the game as one of eight schools nationally to own five or more such games.

– Tech has produced more touchdowns on the ground than it has through the air in six of nine games in 2021.

– The Red Raiders sustained a drive of 7 minutes, 26 seconds to close the first half. It was the Red Raiders’ longest drive in length of time dating back to the 2017 season (vs. TCU).

– found the end zone for the third-straight game, having picked up his first two career rushing scores over back-to-back weeks at Kansas and at home versus Kansas State.