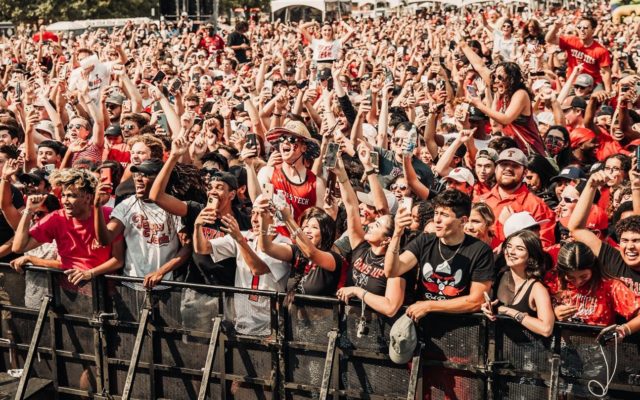 • Texas Tech is 3-0. The last time Texas Tech started 3-0 was in 2017 – since 2010, Tech has started 3-0 five times, and earned a bowl berth on four of those five occasions..
• The Texas Tech rushing defense entered the game allowing just 58.5 yards per game ranking 13th in the FBS while FIU entered game ranking 27th with 229.5 yards per game. The Red Raiders held FIU to 55
rushing yards, and stopped the Panthers’ D’vonte Price streak of four consecutive 100-yard rushing games as he finished with 51 yards.
• Tech’s defense forced its opponent to a 3-and-out opening drive for the first time this season.
• FIU scored first. Texas Tech is 10-7 under Matt Wells when its opponent scores first and now 43-17 in his career.
• Texas Tech recorded its second defensive touchdown of the season. Matt Wells’ defensive units are no stranger to finding the end zone as it’s the 26th defensive score under his watch in his nine-year
career. Texas Tech ranked tied for seventh in the FBS with three defensive TDs in 2020.
• Waters’ INT was the team’s fifth of the season – five different players have recorded an interception – and it matches the team total of five INTS in 2020 (10 games).
• Red Raider explosive plays of 50 yards or better entering the game was five. Kaylon Geiger added to that with a 52-yard catch, and Dalton Rigdon (with his first catch of 2021), tacked on a 59 yarder.
• The Texas Tech defense surrendered a 69-yard touchdown pass. It was the longest play allowed by the defense this season having allowed the most, a 44-yard pass, through the first two games. The longest
touchdown play allowed previously was 23 yards.
• Texas Tech scored 35 points the first half, the most points in a first half since scoring 35 against West Virginia in 2019.
• Tech ran 28 plays and scored 28 points in the second quarter. The last time Tech scored 28 points in a single quarter was on Sept. 8, 2018 against Lamar in the second quarter.
• Tech owned its’ first, first half lead of the 2021 season. Tech moves to 8-2 in games under head coach Matt Wells when owning a halftime lead.
• 11 different wide receivers caught at least one pass versus FIU. It was the most of the season, and most since the 13 players caught at least on pass against Oklahoma State on Nov. 28, 2020.
• The Red Raiders surpassed 50-plus points tonight, the last time the Red Raiders scored 50-plus point was against Texas in 2020.
• Three of the four touchdowns scored by Tech went to tight ends .
• Texas Tech surpassed 500 yards total offense, totaling 584. The last time Tech surpassed 500 yards was when they posted 639 total yards against Oklahoma State on Nov. 28, 2020.
• Texas Tech went a perfect 5-of-5 in trips to the red zone.

• Marquez Waters returned an interception 72 yards for a touchdown, his first interception as a Red Raider. It was his fourth career interception, and first career touchdown.
• Kaylon Geiger Sr. registered his longest reception as a Red Raider, a 52-yard reception, but short of his FBS career-long set while at Troy (57 yards versus Southern Miss). Geiger recorded his first career 100-yard game for the Red Raiders, and the 10th of his FBS career.
• Travis Koontz caught a 4-yard touchdown pass, and a 1-yard touchdown pass. It was his first two times in the end zone in 2021, and second and third career touchdown grabs. His first came against Oklahoma in 2020.
• SaRodorick Thompson entered the game for the first time this season in the second quarter, and scored on the ensuing play, punching it in for a 1-yard touchdown score on his first carry of the 2021 season. It was the 24th rushing touchdown of his career.
• Jerand Bradley, J.J. Sparkman and Mason Tharp each recorded their first career catches as a Red Raiders in tonight’s contest.
• Troy Cleveland, his second catch of the season, was a 28-yard touchdown catch, and second career TD reception.
• Tyler Shough’s 22nd completion of the game gave him 336 passing yards, setting a new single game career-high. He finished with 399 passing yards
• Shough tied his career-high in touchdown passes (4), matching his four touchdown tosses as an Oregon quarterback against Washington State in 2020.
• Jacob Morgenstern and Troy Te’o each recorded their first career sacks.
• Quarterback Henry Colombi appeared for the first time in 2021. He rushed for his fourth career touchdown. He has logged one rushing TD in each of the last four seasons.