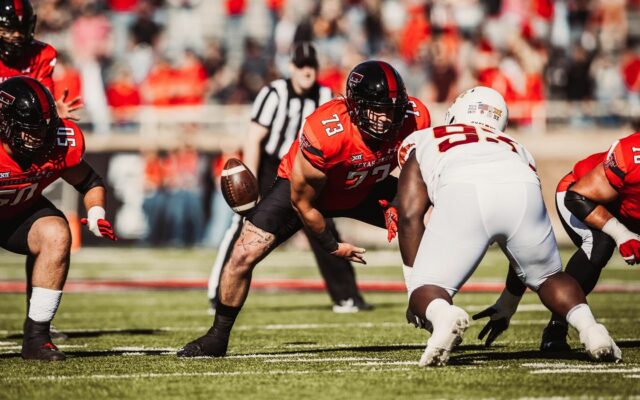 In total, 30 Red Raiders were recognized between the first and second teams, also a program high as a Big 12 member. Besting the mark of 26 set in 2000.

Topping the list as first team selections were junior linebacker Patrick Curley and senior offensive lineman Dawson Deaton, who each were honorees with 4.00-grade point averages. The Red Raider duo was on an exclusive list that consisted of just 11 total 4.0 GPA’s of the 222 first team honorees in the 2021 all-academic class.

First-team members consist of those who have maintained a 3.20 or better GPA, while second-team selections hold a 3.00 to 3.19 GPA.

To qualify, student-athletes must maintain a 3.00 GPA or higher either cumulative or over the two previous semesters, and must have participated in 20 percent of their team’s scheduled contests. Freshmen and transfers are not eligible in their first year of academic residence. Senior student-athletes who have participated for a minimum of two years and meet all the criteria except percent of participation are also eligible.