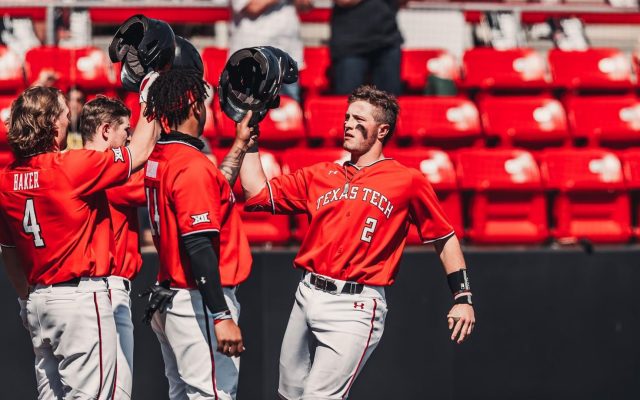 For the fourth time in five seasons, the Player of the Year title will find its home in Lubbock, as freshman Jace Jung earned the honor. He is the fourth to earn the honor since 2016, joining Eric Gutierrez (2016), Hunter Hargrove (2017) and his older brother Josh Jung (2019). No other school has had more than one receive the award since 2016.

Jace Jung is the first to win the honor as an underclassman since 2011. Texas Tech has now claimed five Big 12 Player of the Year awards in its history, which ties the most of any current or former league member. Jace and Josh Jung also become the first siblings to receive the award.

Fulford and Dallas are the only two Red Raiders to have appeared on an All-Big 12 squad previous to this year. In 2019, Fulford was an honorable mention selection while Dallas was named to the All-Freshman team.

The team and the awards are voted on by the league’s head coaches, who are not allowed to vote for their own players.

The Red Raiders head to Oklahoma City this week for the 2021 Phillips 66 Big 12 Baseball Championship. Tech is the No. 3 seed and opens against No. 6-seeded Baylor at 9 a.m. Wednesday.