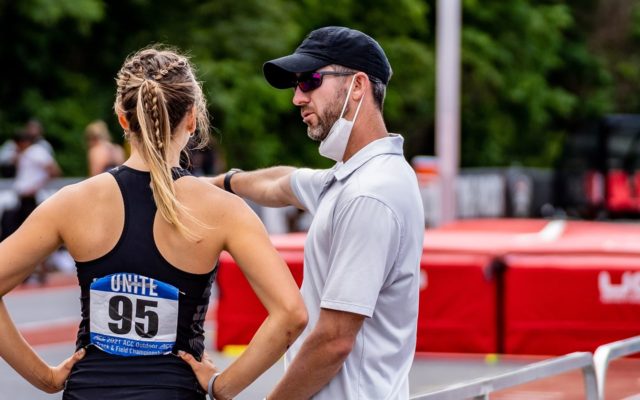 “Keith Herston has dominated the ACC jumps over the past few years,” said Kittley of the newest member of his staff. “He has proven himself to be one of the premier coaches in the NCAA. Not only is he a great coach, he is a tremendous fit for our program. He will continue to lead our men’s and women’s horizontal, vertical and multis programs to a very high level. I am thrilled to welcome him, his wife, Tina, and daughter, Callie, to our Red Raider family.”

“First, I would like to thank Coach Wes Kittley for this opportunity to join such an amazing staff and athletic department,” said Herston. “It is a true honor and I look forward to contributing to furthering their pursuit of excellence and bringing in talented student-athletes that believe in the vision of the program. It is a dream to be back in the great state of Texas.”

He concluded, saying, “I also want to use this opportunity to thank the administration and staff at Florida State. I want to especially thank Head Coach Braman for the opportunity and for helping me develop over the last 4 years into the coach I am. It will be a time I will always remember.”

Herston will serve as the assistant coach for men’s and women’s horizontal jumps at the 2021 World University Games in China, which is being rescheduled to next year.

Herston had just completed his fourth season in Tallahassee before agreeing to make the move to join Kittley’s staff in Lubbock. During his time there, his jumps, pole vault and multis groups were major players in six ACC titles – four men’s titles and two women’s – claimed by the Seminoles. His jumpers helped lead the Florida State men’s team to a sixth-place finish at the NCAA Indoor Championships in 2019, and later that year his athletes made big contributions to a women’s team that placed 10th outdoors.

Most recently, his groups were responsible for 37 of Florida State’s dominant 136 points at the 2021 ACC Outdoor Championships. Two of is men’s jumpers, Isaac Grimes and Jordan Wesner, would score at last month’s NCAA Outdoor Championships, with Grimes securing a silver medal while the men’s team placed 10th. Freshman Ruta Lasmane’s fifth-place finish contributed to the women’s team’s 14th-place finish.

Prior to his arrival in Tallahassee, Herston was responsible for developing 27 All-Americans, 38 individual conference champions and 21 school record-holders in eight full-time seasons as an assistant with stops at Sam Houston State, Texas State and Miami (FL). He was a part of six conference championship teams, while also producing a pair of 2016 Olympic pole vaulters.

Herston has worked and learned alongside some of the very best over the course his coaching career, which began in earnest after graduating from Alabama in 2007, where he was a walk-on long jumper. An SEC Academic Honor Roll selection, he earned his undergraduate degree in human environmental science.

He joined the Auburn staff as a volunteer assistant in 2008 while pursuing his masters in kinesiology. There he worked alongside Jerry Clayton, currently the head coach at Michigan, assisting with the throws, jumps, combined events, sprints and hurdles. While at Auburn he earned his master’s of education in kinesiology.

A native of Greenhill, Ala., Herston holds USATF Levels 1 and 2 certifications and is GAIN Network certified.

He and his wife, the former Tina Valenzuela, were joined by their first daughter, Callie, last fall.