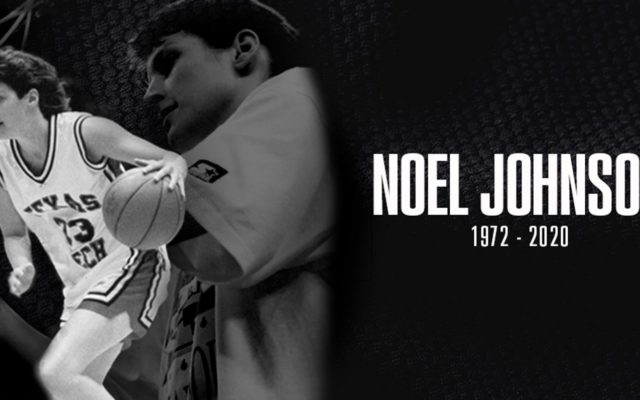 “I am heartbroken today,” Hall of Fame coach Marsha Sharp said. “Noel Johnson was one of the most decorated and beloved players in the history of Lady Raider Basketball.  Her teammates and coaches respected and loved her greatly. We all send our heartfelt thoughts and prayers to her family, her friends and her Midwestern State family.”

“We’ve lost a great member of our Texas Tech family,” Texas Tech director of athletics Kirby Hocutt said. “Noel’s affinity for the school and the Lady Raiders was genuine. She was a great player but an even better person. She brought the same fight she had on the court to her battle with cancer. She will be missed, and our thoughts and prayers go out to her family.”

“We are deeply saddened by the passing of Noel,” head coach Marlene Stollings said. “Her determination, grit, and willingness to give back to our team even while fighting for her life will forever serve as an inspiration to all of us. She was a passionate leader who played a pivotal role in winning the 1993 national championship changing Texas Tech sport history forever. We know her legacy will continue to shine as a beacon of hope forever in the hearts of everyone who knew her.”

Johnson was Texas Tech’s starting point guard for the Lady Raiders’ 1993 run to the NCAA Championship, and was instrumental in the program winning four-consecutive Southwest Conference titles and reaching four NCAA Sweet 16’s during her career in Lubbock. She played at Texas Tech from 1991-95.

A three-time All-SWC selection and a member of the All-Time Lady Raider SWC team, Johnson remains one of the most prolific three-point shooters in program history, with her name still smattering the Texas Tech record books 25 years after her final game in scarlet and black. Johnson shot 51.1 percent from long range during the 1994-95 season alone, which still stands as the top single-season average ever by a Lady Raider.

Johnson shot 41.1 percent from three-point range for her career which ranks sixth in school history, and her 256 career three-pointers rank second in the program record book. Johnson ranks 17th in program history with 1,210 career points, while her 410 career assists ranks seventh all-time among Lady Raiders.

As a junior during the 1994 season, Johnson was named Team MVP by head coach Marsha Sharp. That season, she also was named the Texas Tech Jeannine McHaney Athlete of the Year, which goes annually to an athlete who displays excellence in the classroom, courage on the athletic field, and a never-ending commitment to excellence. During her junior season, Johnson also earned a selection to the SWC All-Tournament Team.

Johnson spent the last 12 years as head coach at Midwestern State, where she became the winningest coach in the program’s history in 2017. She led to the Mustangs to one Lone Star Conference regular season title and another LSC Tournament championship. She guided the Mustangs to three postseason appearances during her career.

Johnson graduated from Texas Tech in 1995 with a bachelor of Exercise and Sports Science degree with a minor in English. She went on to earn her master’s degree in Education from Texas State in 2002.