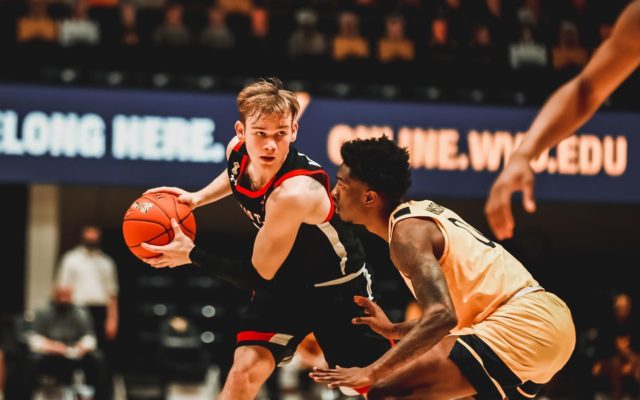 LUBBOCK, Texas – Mac McClung has added another Big 12 award to his collection by being named the Newcomer of the Week following a 30-point performance at West Virginia and supplying the late-game heroics in the win at LSU last Saturday. McClung earned Player of the Week two weeks ago and comes into Monday’s game against Oklahoma leading the Big 12 at 21.0 points per conference game.

Baylor’s Davion Mitchell and Oklahoma’s Da’Vion Harmon shared Big 12 Men’s Basketball Player of the Week with the awards being announced on Monday. It is the first career weekly honor for Mitchell and Harmon while McClung picked up his second award of the season. McClung and the No. 13-ranked Red Raiders host the No. 9-ranked Sooners at 8 p.m. at the United Supermarkets Arena.

McClung scored a season-high 30 points at West Virginia last Monday and followed that performance with 22 points in the win at LSU on Saturday. The junior guard hit two 3-pointers in the final minute to get the Red Raiders back into the game when they trailed by seven with a minute to play. His two 3-pointers made it a one-point game before he came up with a steal that led to the go-ahead basket. McClung averaged 26 points for the week and is now averaging 17.5 ppg for the season. He has scored over 20 points in four straight games and in eight overall.

Mitchell led the Bears to victories against Kansas State and Auburn as they extended their winning streak to 16-straight games, one shy of the school record to start a season. He recorded a career-high 31 points on 12-of-16 from the field and 7-of-9 from 3-point range in the win over K-State. The junior guard added five assists and three steals to help BU score 107 points, the most in program history in regulation of a Big 12 game. Mitchell registered 13 points and seven assists in the SEC/Big 12 Challenge victory over his former team, Auburn. For the week, he shot 64% from the field (16-of-25) and 67% from 3-point range (10-of-15). Mitchell extended his Big 12 lead with 5.9 assists per game and remains second with 2.1 steals.

Harmon averaged 15.5 points, 5.0 rebounds, 2.5 assists and 1.5 steals while shooting over 50% from the field to lead Oklahoma to wins over two top-10 teams. He stepped up while the Sooners were down two starters against No. 9 Alabama, including Austin Reaves, who leads the team in points, rebounds and assists. Assuming the PG position in Reaves’ absence, Harmon guided OU to an upset over Bama with 18 points, four assists, four rebounds and two steals in 38 minutes. Earlier in the week, the sophomore guard helped spark OU to a win at No. 5 Texas with 13 points plus a career-high-tying six rebounds. The Sooners have won five straight games, with Harmon leading the team in scoring during that stretch. With the two wins last week, Oklahoma became the first team since 1974 to win four games against top-10 teams in one calendar month. The Sooners have also won three consecutive games against top-10 teams, joining Michigan (2014) as the only teams in at least 25 years to accomplish the feat.