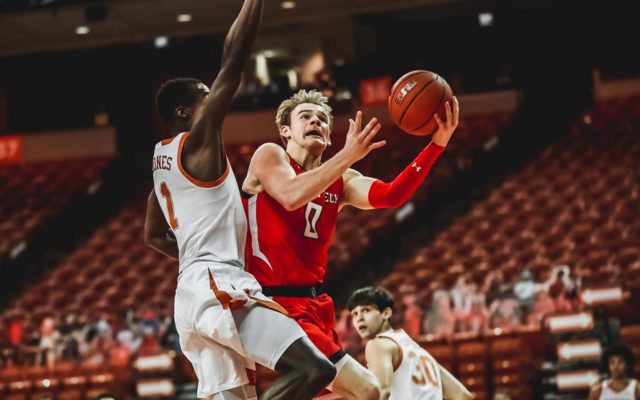 McClung hit the game-winning shot at No. 4 Texas with three seconds on the clock and finished with 22 points last Wednesday before going for a season-high 24 on Saturday against Baylor. The junior guard established season-high points in both games and lifted the Red Raiders to their first ever road win at a top-5 team with his shot against the Longhorns. He finished the week averaging 23.0 points with six 3-pointers. McClung matched a season-high by hitting four 3-pointers against Baylor as he finished with his sixth game this season with 20-plus points. He leads the Conference at 19.7 points in Big 12 play. For the week, McClung was 12-for-14 at the free-throw line and is now 66-for-81 on the season.

A transfer from Georgetown, McClung was a two-time BIG EAST Player of the Week selection last season as a sophomore and earned BIG EAST Freshman of the Week honors twice during his first collegiate season. McClung, who was named an All-Big 12 Preseason Honorable Mention selection, comes into this week with 955 points through 65 games in his career.

Cunningham displayed his all-around game with 18 points, seven rebounds, three assists and two blocks to lift Oklahoma State to an upset of No. 6 Kansas in OSU’s lone game of the week. The freshman guard was 6-of-12 from the floor, including 3-of-6 from deep, which helped the Cowboys take down their fourth NET Tier-1 squad, which is tied for the national lead. With the game tied at 70 apiece and 40 seconds on the clock, Cunningham made a two-handed block on KU’s Marcus Garrett, followed by a flying save and outlet pass to Bryce Williams that led to the game-winning bucket from Rondel Walker. He leads the Big 12 with 17.8 points on the season.