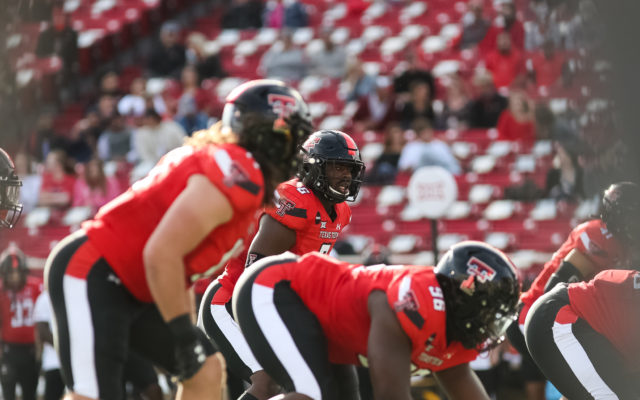 LUBBOCK, Texas – Zech McPhearson and Jack Anderson both heard their names called on the final day of the NFL Draft Saturday with McPhearson going to the Philadelphia Eagles in the fourth round and Anderson three rounds later to the Buffalo Bills.

For McPhearson, he becomes the first Red Raider defensive back to be selected in the top-four rounds since Darcel McBath went to the Denver Broncos in the second round in 2009. He is the first Red Raider to go to the Eagles since fellow cornerback Eric Everett was picked in the fifth round of the 1988 draft.

Texas Tech has now sent an offensive lineman to the league in each of Matt Wells’ two seasons as Anderson joins undrafted free agent Terence Steele, who started 14 games this past year for the Dallas Cowboys. Anderson is the first Red Raider to be picked by Buffalo in more than 30 years as the Bills last chose a Texas Tech letterwinner in 1987 with the selection of cornerback Roland Mitchell in the second round.

In his two years as a Red Raider, McPhearson developed into one of the nation’s top defensive backs as he earned All-Big 12 first team accolades as a senior this past season. McPhearson, a native of Columbia, Maryland, became only the second Red Raider cornerback in the Big 12 era to garner first-team honors from the conference coaches.

McPhearson was constantly near the ball as a senior as he picked off four passes and recovered a pair of fumbles. He ended the year ranked tied for eighth in the FBS and second in the Big 12 for interceptions as he was the lone conference player and one of only four players nationally with at least four interceptions and two fumble recoveries.

The Eagles’ selection makes McPhearson the latest member of his family to join the professional ranks as his father, Gerrick, played for the New England Patriots and his brother, Gerrick McPhearson Jr., was picked in the seventh round of the 2006 NFL Draft by the New York Giants. Two of his other brothers, Derrick and Ezekiel McPhearson, both played professional baseball. Ezekiel McPhearson has since joined the Red Raider football program as a defensive back.

Anderson, meanwhile, sealed his legacy as one of Texas Tech’s top offensive lineman as he garnered All-Big 12 first team honors as a junior in 2020. He was previously an All-Big 12 second team honoree as a sophomore in 2018 as well as a Freshman All-American by both ESPN and USA Today as a true freshman in 2017.

Anderson, a native of Frisco, Texas, was a regular at right guard the past four seasons, making 38 starts over his career. He earned his starting spot quickly after stepping foot on campus as he started in every game he played, missing only nine games in 2019 due to injury.

In addition to the selection of both Anderson and McPhearson, defensive lineman Eli Howard has signed a free agent agreement with the Atlanta Falcons. Additional free agent signings will be posted via @TexasTechFB on Twitter and TexasTech.com as they are confirmed.