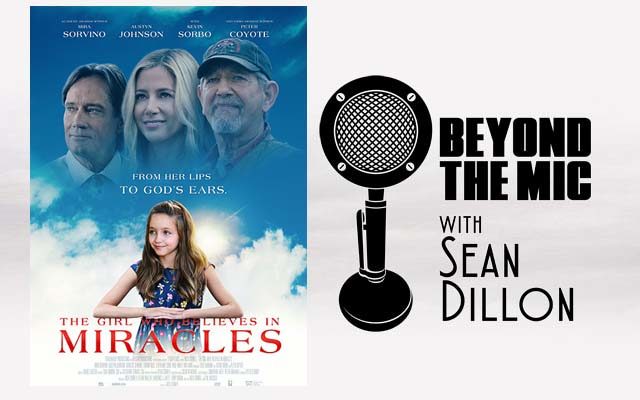 She’ll beg if she has to for a role in the Star Trek universe and is not sure if she wants her kids to be in the movies. Mira Sorvino talks “The Girl who Believes in Miracles” when she goes Beyond the Mic with Sean Dillon.

We’re joined on the Starline by an Academy Award and Golden Globe winner. You know here from The Replacement Killers, Mighty Aphrodite and Romy & Michele’s High School Reunion. One of her latest film is “The Girl who Believes in Miracles”. We welcome Mira Sorvino.

Mira, let’s go Beyond the Mic. Your character Bonnie Hopkins says “If ever there was a time to believe in miracles, to hope for them, this is that time.” After reading the script why did this movie speak to you?

Would you ever encourage your kids to join you in the movies or would you rather they stayed away and not lost that innocence.

If you ever had a shot of playing in Star Trek Discovery or Strange New Worlds would you?