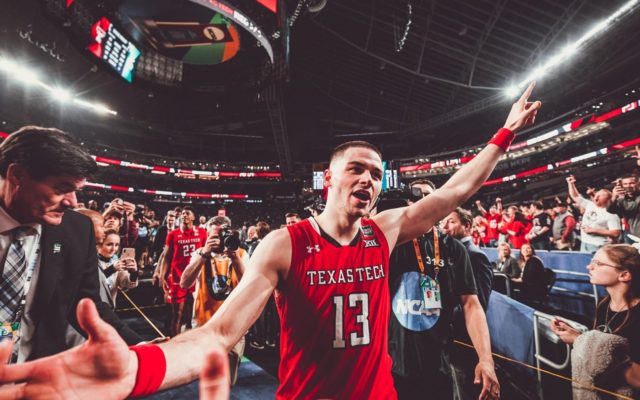 LUBBOCK, Texas – Matt Mooney has signed a NBA two-way contract with the Cleveland Cavaliers which was announced by Cavs General Manager Koby Altman on Wednesday afternoon.

Mooney helped lead Texas Tech to the 2019 NCAA National Championship Final and Big 12 regular-season title as a graduate transfer last season before beginning his professional career. He played with the Atlanta Hawks organization during the NBA Summer League before signing an Exhibit 10 contract and joining the Memphis Hustle.

In 24 games with the Hustle in the G-League, including 22 starts, Mooney averaged 12.6 points on 47.9 percent from the field and 36.8 percent from 3-point range to go along with 4.5 assists, 3.3 rebounds and 1.7 steals. Mooney is the sixth player in Hustle history to earn a NBA call-up.

Mooney went for 11.3 points per game, supplied 126 assists and led the Red Raiders with 70 steals in his final collegiate season. He earned All-Big 12 Second Team, All-Newcomer and All-Defensive Team honors for his production in the regular season and was named to the Final Four All-Tournament Team after matching a career-high with 22 points in the semifinal win over Michigan State. Mooney was second on the team with 49 3-pointers and finished the year with 15 games with four or more assists. He had a career-high eight assists in the first-round win over Northern Kentucky and recorded double-figure scoring in 24 games during the historic season.

NBA teams may have up to two players under NBA Two-Way Contracts who will spend the bulk of the season in the NBA G League and not more than 45 days with their NBA team. Two-Way players are paid a corresponding daily amount based on the number of days they play in each league. Only players in their fourth NBA season or earlier are able to sign Two-Way Contracts, which can be for either one or two seasons.

Along with Tariq Owens who signed a two-way contract with Phoenix earlier on Wednesday, the Red Raiders now have three players from last year’s team on NBA rosters with Jarrett Culver playing with Minnesota.