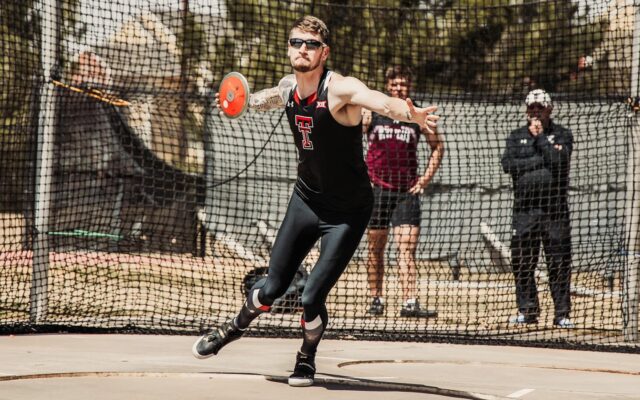 WALNUT, Calif. – Denim Rogers highlighted day one of the multis group at the Mt. Sac Relays as he sits in eighth place heading into the final five events tomorrow morning.

Gary Haasbroek is not too far behind Rogers as he sits in 10th heading into the last day. He finished day one with 3,860 points.

Over on the women’s side, Callie Jones and Aria Tate represent the Red Raiders in the heptathlon. Jones is in 12th with 3, 213 points, while Tate is 13th with 3, 211 points.

The decathlon resumes tomorrow morning at 11 a.m. PT with the 110 hurdles as the first heptathlon event begins at Noon with the long jump.