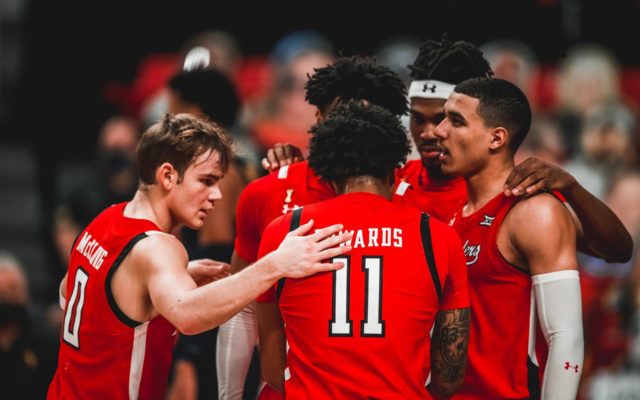 LUBBOCK, Texas – No. 7 Texas Tech had a three-game winning streak end with an 82-71 loss to No. 14 West Virginia on Tuesday at the United Supermarkets Arena.

“I thought both teams wanted to win and both teams were trying to play aggressive,” Texas Tech coach Chris Beard said. “I thought it was a classic example of the team that made more mistakes would lose the game. That was us. Just too many timely mistakes, not only at the end of the game, but in the first half when we had some opportunities to maybe have a halftime lead. Untimely, costly mistakes throughout the game. Just ran out of time tonight versus a really good team, we just have to play better.”

Texas Tech had its game at No. 2 Baylor that was scheduled for Saturday postponed and is scheduled to return to action at TCU on Monday in Fort Worth. The Red Raiders and Horned Frogs will then play against on Wednesday, Feb. 17 in Lubbock. Tech is 2-4 at home in Big 12 play.

Mac McClung led the Red Raiders with 17 points after going 7-for-16 from the field with three 3-pointers,while Shannon added 13 points by going 6 of 9 at the free-throw line. Kyler Edwards added 11 points, six assists, three steals and seven rebounds in the loss and Kevin McCullar had eight points and three steals. Micah Peavy and Jamarius Burton had eight points each, while Marcus Santos-Silva finished the game with six points before fouling out.

“A lot of disappointing things tonight, a lot of self inflicted adversity,” Beard said. “At the top of that list, I would agree with you on Marcus’s foul trouble. I don’t want to speak for him and I don’t want to speak before I watch the film. But I do know this, he is got to be a lot more disciplined. He is one of our best players and we need him on the court.”

“He had an outstanding game shooting the ball,” said Beard of McNeil. “We had an opportunity to limit his catches and just didn’t take those opportunities. When a guy is shooting the ball like that, defense isn’t always like ‘let me stop you after you get the ball,’ defense is ‘let me not let you catch the ball.’ We let a couple of opportunities pass us by tonight when we got into the flow of the game and we got to give West Virginia credit.”

The Red Raiders finished the game shooting 44.4 percent from the field, were 5-for-17 on 3-pointers and went 14-for-20 from the line. Edwards was 5-for-5 at the line, while McClung who leads the Big 12 with free throws made did not have a free throw attempt in the game.

Shannon hit a 3-pointer to cut Tech’s deficit to 71-69 with 1:53 remaining.
Tech took its first lead of the second half at 58-57 (8:26) on a McClung layup that came as a result of a McCullar steal on the defensive end.
Burton hit a jumper and then on the next possession hit one of two free throws to cut WVU’s lead to 65-63… WVU responded though with McNeil hitting a 3-pointer on the other end to push the lead back to five.
McClung hit his third 3-pointer of the game to cut Tech’s deficit to 55-54… After a WVU basket, Peavy slammed down a dunk off an assist from McCullar off an in-bound play that started with Peavy passing the ball in.
Tech went on a 6-0 run with a Burton jumper before a pair of Shannon baskets – the last an arena-shaking dunk off a missed shot. The Red Raiders trailed 49-47 after the run.
McClung got the Red Raiders on the board first with a 3-pointer on the team’s second possession to stop a 4-0 run by WVU to start the game.
WVU went on a 7-0 run to lead 13-5 before a Shannon free throw stopped the early run… The Mountaineers started the game 5-for-5 from the field before a Culver miss.
Down 18-10, Texas Tech went on a 9-0 run that started with a McCullar jumper and was capped by a McClung 3-pointer to give the Red Raiders their first lead of the game…. Burton would hit another 3-pointer on the next possession to cap a 12-1 run.
Tech took a 26-24 lead on a Peavy layup before WVU went on another 6-0 run.

Texas Tech trailed 40-34 at halftime with McClung leading the Red Raiders with 10 points and Edwards having five assists. Shannon was 6-for-8 at the free-throw line for all six of his points, while McCullar had five points. TTU was shooting 44.4 percent from the field, including going 3-for-8 on 3-pointers while WVU shot 48.3 percent from the field with three 3-pointers. The Mountaineers started the game 5-for-5 from the field. McNeil led WVU with 15 points at the break with three 3-pointers and Culver had 12 points. WVU was 9-for-12 at the free-throw line through 20 minutes. It was only the seventh time this season Tech had trailed at halftime.