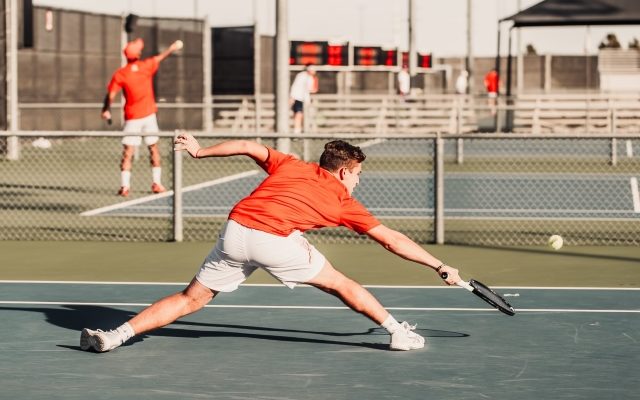 Sunday’s early match at the Falls Tennis and Athletic Center was highlighted by an unblemished team win for Tech. Together, the Red Raiders did not lose a single set in singles or doubles play.

Sophomore Reed Collier led the way for the 24th-ranked Red Raiders, winning his singles match against Riley Tran, 6-4, 6-2. Collier and his teammate Parker Wynn also secured a win in their doubles match in a 6-4 decision.

Overall, the Red Raiders did not lose a match against the Wildcats on their way to a perfect 2-0 record.