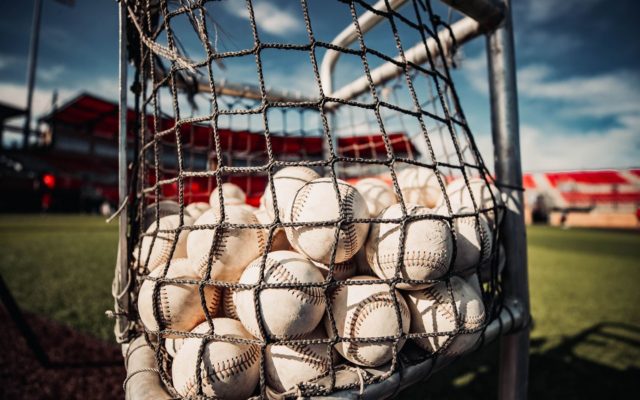 LUBBOCK, Texas – Texas Tech baseball took another step toward its much-anticipated return to competition on Friday as the Red Raiders held their first team practice of the spring inside Dan Law Field at Rip Griffin Park with three weeks to prepare for opening weekend in Arlington.

The Red Raiders took the field in Biloxi, Miss., on Wednesday, March 11, for what became the final game of the 2020 season. A day later, the NCAA canceled its winter and spring championships. The Big 12 followed on Friday.That was it.

More than 320 days have passed, and for head coach Tim Tadlock, it has felt a lot longer.

“It feels like it was three years ago,” Tadlock said. “Last spring, those 20 games we played, it’s pretty foggy. I think part of it is because it was over so fast. (Feb. 19) will feel like Opening Day without playing in three years.”

The COVID-19 pandemic ended a campaign that saw the Red Raiders start out 16-3 and reach the top of the polls for the first time since 1997. Tech posted memorable wins over No. 9 Florida State, No. 15 Stanford, Houston and Rice.

Twenty-four letterwinners return from the 2020 squad, which was aiming for its fourth Big 12 title in five years and a return to Omaha for the fifth time in seven years.

Notable returners include right-hander Micah Dallas, outfielder Dylan Neuse and infielder Cal Conley, all of whom have received preseason All-America accolades. The trio, along with catcher Nate Rombach, were named by the league’s coaches as preseason All-Big 12, with Neuse garnering Big 12 Preseason Player of the Year.

Tech welcomes another highly touted group of newcomers to the fold. The 2020 signing class was ranked No. 17 by D1Baseball and No. 23 by Perfect Game. Additionally, Perfect Game named Tech’s junior college haul as the best in the country. Among the 19 newcomers, Tadlock replenished his pitching staff with 14 arms and six lefties after seeing his Friday and Saturday starters go in the first three rounds of the 2020 MLB Draft and senior John McMillon sign a free agent deal.

While the complete 2021 schedule is still being finalized, Tech has its plans for opening weekend and knows its Big 12 schedule. The Red Raiders open the year with five other top-10 teams at the College Baseball Showdown in Arlington at the Rangers’ Globe Life Field.

The Big 12 slate begins a month after the season opener as the Red Raiders welcome Oklahoma State to Rip Griffin Park for a three-game series Mar. 19-21. The home schedule also features TCU, Baylor and Kansas.

Ticket and television information will be announced at a future date.