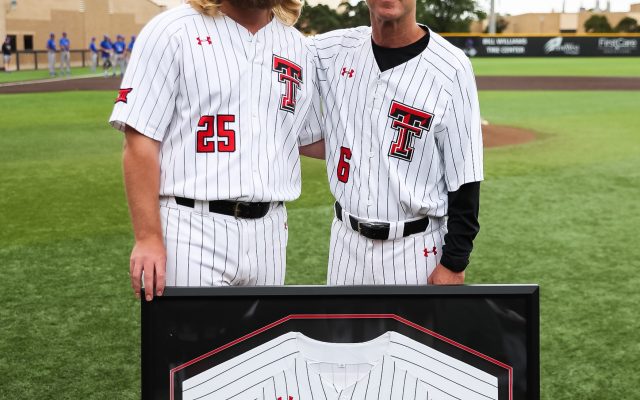 LUBBOCK, Texas – The No. 5 Texas Tech baseball team enters the 2021 Phillips 66 Big 12 Championship as the No. 3 seed and will square off with Baylor in the first round.

Tech has earned one of the top three seeds in the tournament five straight times dating back to 2016 when it secured the top seed. The Red Raiders locked up the No. 3 seed on Friday with its 13-4 win over Kansas.

The Red Raiders wrapped up conference play at 14-10, including series wins over No. 3 Texas and No. 10 TCU. Tech won six of its eight Big 12 series, including 3-of-4 on the road as well as three consecutive to close out the regular season.

Tech will be looking to avenge a series loss to the Bears in their prior meeting this season. The two clubs battled in Lubbock April 23-25, splitting the first two games before the Bears took the series finale. It was one of only two Big 12 series losses for the Red Raiders this season.

Wednesday will be the 8th time the two teams have met at the conference tournament, with the Red Raiders winning three of the seven prior matchups. The last meeting came in 2017 with Tech eliminating the Bears by a score of 4-1.

The tournament returns in 2021 after being canceled in 2020 due to the COVID-19 pandemic. The Red Raiders picked up three wins in their last trip to Oklahoma City in 2019, reaching the tournament semifinals and forcing a decisive game against West Virginia before falling to the Mountaineers.

The Red Raiders will get another crack at it when they take the field at Chickasaw Bricktown Ballpark on Wednesday.