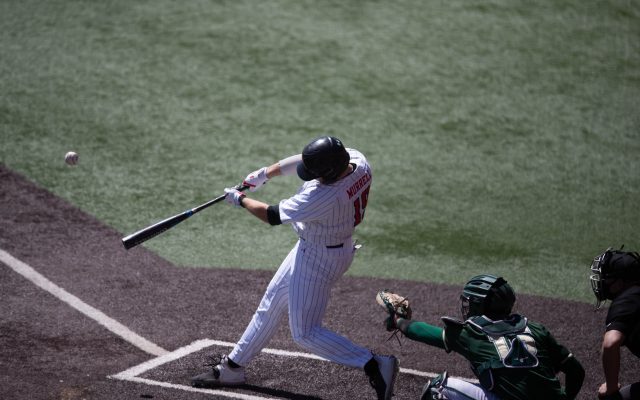 LUBBOCK, Texas – No. 6 Texas Tech baseball scored in each of the first six innings on Sunday to close out the sweep of South Florida with a 7-4 win at Dan Law Field at Rip Griffin Park.

It’s the third sweep of the season for the Red Raiders (19-4). It also closes out the best month of March for the program under head coach Tim Tadlock, finishing at 16-1. The stretch gives Tech a 19-4 mark that matches the 2017 club for best start under Tadlock through 23 games.

Tech outhit the Bulls, 12-5, for the game as it finished the three-game set with 31 runs on 39 hits. Dru Baker led the Red Raider attack once again with a 3-for-4 performance and two runs scored. Braxton Fulford and Jace Jung added multi-hit games, and five other Red Raiders recorded hits on the day.

Defensively, Tech controlled the Bulls in large part outside of a solo home run in the third and three two-out RBI in the fifth that evened the game at 4-4.

Montgomery turned in 4.1 innings of work in his sixth start of the year. He exited the game in the fifth with a 4-1 lead, but left the bases loaded, and all three runs ended up scoring. Andrew Devine received his second career win in 1.2 innings of relief, Ryan Sublette tossed 2.0 scoreless frames and Chase Hampton came on in the ninth to earn his first career save.

It was Baker and Jung who got the offense going early. Baker, who has posted seven-consecutive multi-hit games, got a two-out rally started in both innings. He scored from first base in the opening inning on a Jung single that was kicked around in the outfield. In the third, Baker singled, stole second base and got knocked in on an RBI single from Jung.

The two sides traded solo home runs in the second. The Bulls tied the game at 1-1 with their first homer of the weekend in the top of the inning, but Fulford responded with an absolute rocket to left that moved Tech back in front at 2-1. The dinger was the second in two at-bats for Fulford, who homered in the eighth inning Saturday.

Easton Murrell led off the fourth with a double and scored on another RBI from Fulford that gave Tech a 4-1 advantage through four. After the Bulls tied it with a three-run fifth, it took Tech only two batters to counter as Neuse drew a walk and scored from first on a Cal Conley RBI double.

The Red Raiders added a pair of insurance runs in the sixth to create distance as the Tech bullpen allowed just one base runner from the sixth inning on.

The Red Raiders hit the road to begin the month of April as they resume Big 12 Conference play with a three-game set at Kansas State. The series begins Thursday at 6 p.m., in Manhattan.