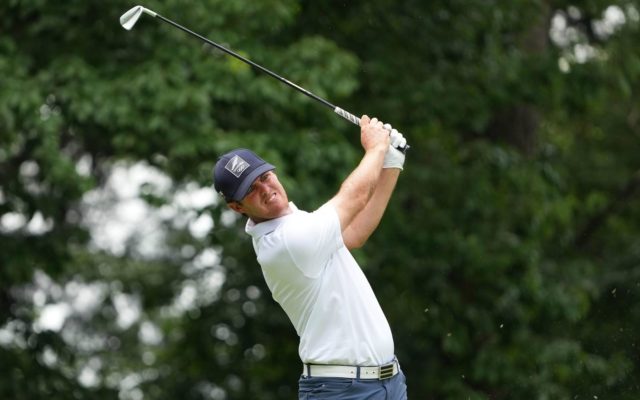 SAITAMA, Japan – Mito Pereira finished tied for fourth at the Olympics after earning his place in a seven-player playoff for the bronze medal. A former Texas Tech player who was representing his home country of Chile, Pereira advanced to the third hole of the playoff before a heartbreaking putt for birdie to advance swirled out. Hurly Long finished the tournament at 7-under after shooting 4-under in the final round on Sunday.

Xander Schauffele won the Gold for the United States by shooting 18-under-par in the four-round Olympic tournament at the Kasumigaseki Country Club, while Rory Sabbatini (Slovakia) took Silver after roaring back into contention by shooting 10-under in his final round and 17-under overall. Pereira shot 15-under during the tournament after a final round 67 to join a seven-player playoff that included Rory McIlroy, Sebastian Munoz, Hideki Matsuyama, Paul Casey and CT Pan who would earn the Bronze on the fourth playoff hole.

Long, who played for the Red Raiders from 2015-18, carded 70-70-70-67 – 277 in his first Olympic experience in 35th overall. Pereira competed at Texas Tech in the 2014-15 season before turning professional where he recently earned his PGA Tour card with a three-win victory exemption on the Korn Ferry Tour. He finished the Olympic tournament shooting 69-65-68-67 for his 15-under total.

Santiago, Chile native, he earned wins at the BMW Charity Pro-Am, REX Hospital Open and Country Club de Bogota Championship on the Korn Ferry this season to secure a Three-Victory Promotion to the PGA Tour. Pereira finished his freshman season at Texas Tech with a 72.2 stroke average and earned Big 12 All-Tournament Team honors after shooting 9-under for eighth place at the tournament in Tulsa.

At Texas Tech, Long’s collegiate career was highlighted by him winning the 2017 Carmel Cup where he set the course record at Pebble Beach by shooting a 61 in his second round and carding a program-best 197 in a 54-hole tournament. A Mannheim, Germany native, Long is currently playing on the European Challenge Tour. Long earned GCAA All-Academic Team and Academic All-Big 12 honors.