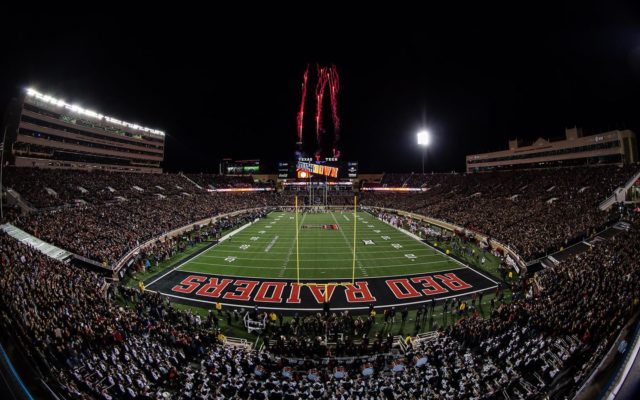 LUBBOCK, Texas – Raider Alley will return this season as the centerpiece of Texas Tech’s gameday festivities, which were announced Wednesday as part of the athletics department’s unveiling of several new features for the 2021 football season.

Raider Alley, an annual tradition for Red Raider fans up until last season’s cancelation due to the COVID-19 pandemic, will be headlined by two electric musical acts to open the 2021 slate as four-time NBA world champion Shaquille O’Neal will be the special guest deejay for the Stephen F. Austin game this Saturday, while hip-hop artist Waka Flocka Flame will follow a week later prior to kickoff against Florida International.

Both musical acts will perform at Raider Alley’s main location on the Engineering Key in the center of the Texas Tech campus. Raider Alley is free to the general public each gameday and features food, beer and wine available for purchase as well as activities for kids. Additional musical acts will be announced throughout the season.

Below are other key gameday features that will be implemented this season:

Citibus will provide fans shuttle service from the gameday parking lots located west of United Supermarkets Arena and near the John Walker Soccer Complex to Raider Alley this season as part of its gameday transportation. The new drop-off location on the north end of the Engineering Key is in addition to the normal Citibus gameday route, which transports fans to the north side of Jones AT&T Stadium at only $5 per person.

Texas Tech will debut a new student tailgate location this season on the “green space” located west of Jones AT&T Stadium where the City Bank Coliseum and Auditorium previously resided. The athletics department has already accepted several reservations from student organizations wishing to move their pregame activities back to campus. Reservations can be placed by contacting Drew Ingraham at [email protected].

The athletics department will allow students to reserve group seating this season in sections 13-15, which are located in the lower northeast corner of Jones AT&T Stadium. Parties can vary in size from 15 to 250 students. Groups will receive in-game recognition and a postgame photo opportunity on the field.

Students will receive free admission to every Texas Tech athletic event this year by using their student I.D. at the main entrance. For football and men’s basketball, students are encouraged to secure their free ticket in advance each week through this link. Students can enter Jones AT&T Stadium two hours prior to kickoff through the southeast gates (Gate 6).

KLBK evening anchor Matt Stell will step in as Texas Tech’s new in-game co-host this season as he will be joined by student host Natalie DuPre. Stell, a Dallas-Fort Worth native, moved into the main weekday anchor chair at KLBK this past May after several years reporting in the Lubbock market.

Texas Tech will introduce a live deejay – DJ Wreck ‘Em – prior to kickoff of every home game. DJ Wreck ‘Em will take over the Jones AT&T Stadium sound throughout player warmups and will be followed by the traditional entrance from the Goin’ Band from Raiderland.

Texas Tech will honor the 20th anniversary of 9-11 with its annual Celebrate America Game against Stephen F. Austin. Pregame festivities include bagpipes, a 21-gun salute and a flyover to recognize the lives lost during the terrorist attacks on the World Trade Center in New York City and the Pentagon in the nation’s capital. Texas Tech will also recognize several area first responders prior to and throughout its home opener against the Lumberjacks.

Texas Tech will have its heat management stations operational for the first two games of the season as temperatures for Saturday’s game against Stephen F. Austin are expected in the 90s throughout the day. The two stations will be located near gates 3 and 6 to provide water refills and cold towels.

Re-entry into Jones AT&T Stadium will not be permitted throughout the 2021 season. Fans must have a new ticket for admission back into the stadium.

Texas Tech’s clear bag policy will remain in effect for all athletic venues during the 2021-22 athletic year. Fans will be able to bring the following style and size bag or package into the venue:

As a reminder, Texas Tech will continue to utilize mobile tickets, which can be downloaded to any Apple Wallet or Google Pay account prior to arrival at the stadium. Season tickets are still on sale for as low as $150 per person by visiting TexasTech.com or by calling the Athletics Ticket Office at 806-742-TECH.