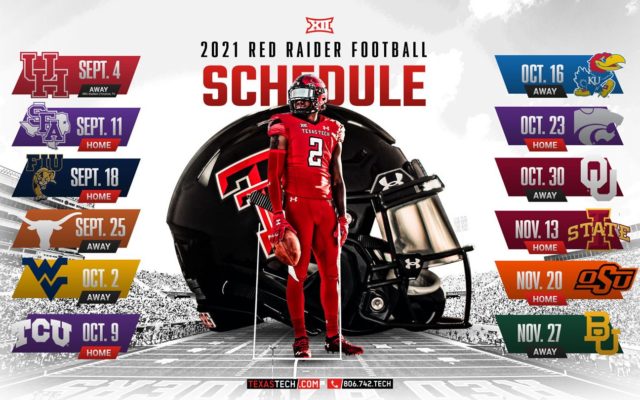 A turnover on the first play of the game off a fumble by Jerand Bradley, recovered by Devin Drew gave the Texas Tech defense an early 6-0 lead through the modified scoring system used for the Spring Game.

Junior quarterback Tyler Shough got the offense on the board in the Red Raiders’ second drive, completing 4-of-7 passes en route to a 42-yard field goal from Jonathan Garibay to end the first quarter.

Senior quarterback Henry Colombi started the second quarter with a strong offensive drive, including a 34-yard pass to Trey Cleveland on third down to move the chains to the defense’s side of the field. The drive was capped off by a one-yard rush from Tahj Brooks for the first touchdown of the day.

After two-straight three-and-outs from the defense, Donovan Smith finished his second drive of the game with a connection to J.J. Sparkman for a 38-yard gain to place the offense in scoring position. Smith, on 4th-and-7, later found Bradley for an 8-yard touchdown reception as time expired in the second quarter, the only passing touchdown of the game, which went two complete quarters with a running clock.

The Red Raider quarterbacks combined for 234 yards on 18-of-36 passing for one touchdown. Shough was the leading passer as he threw for 106 yards with an 8-of-15 completion rate. Colombi wrapped his first Spring Game, throwing for 59 yards on 3-8 passing while running for four yards on one attempt.

The defense was led by junior defensive lineman Tyree Wilson, who recorded a sack, quarterback hurry and a forced fumble, while the unit, as a whole, combined for five tackles for loss, three pass breakups and six quarterback hurries.

The Spring Game concluded spring practices for the Red Raiders, who will return to offseason strength and conditioning workouts for the remainder of the semester before returning to campus for the summer offseason program in June.