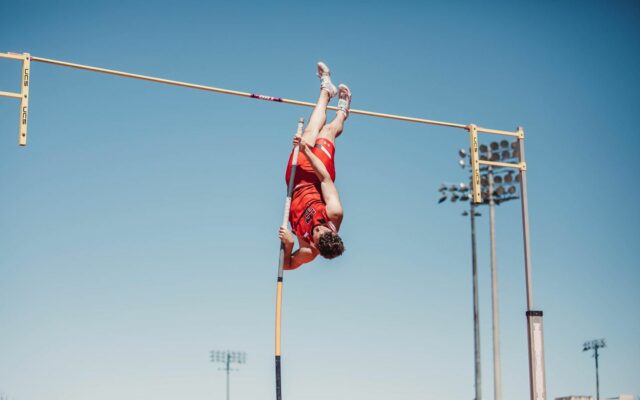 LUBBOCK, Texas – The Texas Tech track and field team wrapped up the final day of the Masked Rider Open Saturday afternoon highlighted by some top marks in the country by several sides.

“It was a really beautiful day to be in Lubbock and host our first outdoor meet of the season,” said head coach Wes Kittley. “We had some really good performances and got some Big 12 and NCAA marks!”

In his 200 outdoor debut this season, Jacolby Shelton clocked in a time of 20.47 (PR) (1.9w) to finish second overall. In the process, that time put him fifth in the nation. In the women’s 400 hurdles, Sylvia Schulz registered a new PR time of 57.82 to take first overall. That time places her ninth nationally. Jalen Seals competed for the first time this outdoor season, going in the long jump where he placed second with a leap of 7.65m (25-1.25). The jump puts him inside the top 15 of the country.

Onaara Obamuwagun made her outdoor debut this season and jumped into Tech’s top 10 list in the triple jump immediately to start the afternoon for the Red Raiders. She finished second with a leap of 13.34m (43-9.25). It places here seventh all-time in Tech history and puts her seventh in the country as of today. Shortly after in the women’s high jump, Sidney Sapp led the women’s high jumpers with her best leap of the outdoor season at 1.81m (5-11.25) to finish second overall. Caleb Wilborn placed first on the men’s side with a mark of 2.07m (6-9.50).

The 4×400 of Nayanna Dubarry-Gay, Michaela Lewis, Simone Watkins and Schulz capped off the meet for TTU in first with a time of 3:44.26.

The Red Raiders are back in action next week at the West Texas A&M Invitational.