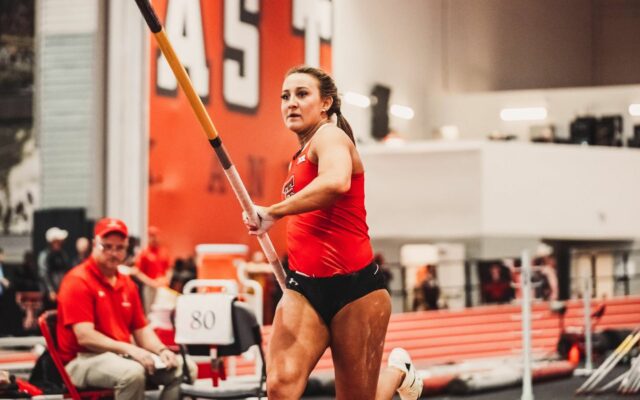 LUBBOCK, Texas – The Texas Tech track and field team will now look ahead to the Big 12 meet as the squad concluded the regular season indoor campaign hosting the Jarvis Scott Open Friday night at the Sports Performance Center.

In the 600yd, Michaela Lewis placed first overall with a new PR time of 1:21.08 as Madeline McElroy also set a new mark for herself in the 200m, clocking in at 24.48 for a first-place outing. Simone Watkins dropped her first round time of 8.41 in the 60m hurdles and turned in a 8.34 to claim first.

Baylee Thompson capped off the evening with a notable PR in the shot put for a mark of 14.08m. Caleb Wilborn and Jack Scarborough finished second and third, respectively. Wilborn closed out his night attempting 2.19m which would’ve been a new PR.

The Red Raiders are back in action next week in the Big 12 meet hosted by Iowa State Feb. 25-26.