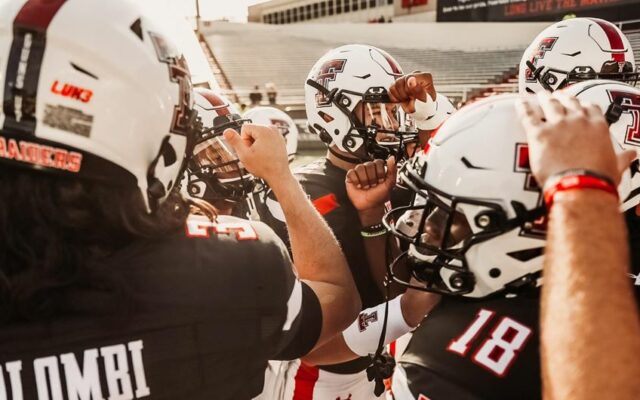 Texas Tech will face Iowa State in a 2:30 p.m. kickoff next Saturday inside Jones AT&T Stadium

The Red Raiders (5-4; 2-4) will look to secure bowl eligibility against the Cyclones (6-3; 4-2), who locked in a bowl trip of their own with a 30-7 victory over Texas earlier this evening. Tech will be coming off its lone open week of the 2021 slate when the two teams kick off next Saturday.

In addition to securing bowl eligibility, the Red Raiders will be looking to snap a five-game losing skid to the Cyclones, their longest all-time in the series. It will be the 20th meeting between the two schools as Tech is 11-8 all-time versus Iowa State, including an impressive 7-3 mark at home.