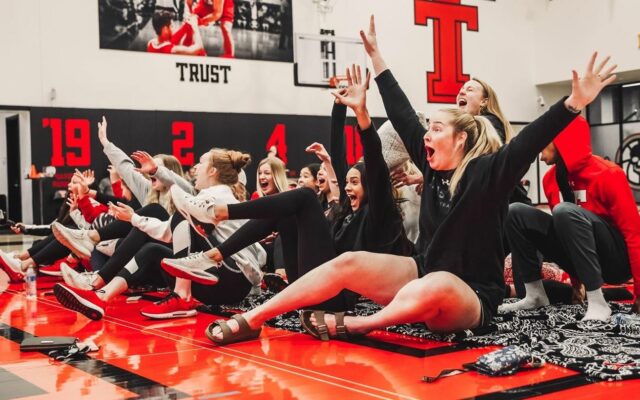 LUBBOCK, Texas – The Texas Tech volleyball team ended a 20-year NCAA Championship drought by earning its first trip to the Big Dance since 2001 Sunday night during the NCAA Selection Show.

The Red Raiders will face FGCU in the first round of the tournament at 4:30 p.m. on Friday in Madison, Wisconsin.

“We are excited, this is something we’ve been thinking about for a long time,” said head coach Tony Graystone. “The last few weeks we felt like we put a good resume together and got on a run to put ourselves back in the mix. I’m proud, this group has done a lot. We have continued to add talent and build on the group we brought in a few years ago and it all came together this year.”

Tech (17-12, 7-9) finished the regular season with a top 40 RPI, winning four of its last six matches, with series sweeps over TCU and West Virginia before falling twice to second-ranked Texas. Tech’s seven wins in league play matched the program high under Graystone.

The Red Raiders’ biggest win of the season came on Oct. 1 when Tech reverse swept No. 9 Baylor on the road, for its first win over a top 10 team since 1996. Tech split Big 12 series with the Bears, Iowa State and Oklahoma.

Kenna Sauer leads the Red Raiders’ offensively with 346 kills (3.33 k/s), which ranks ninth in the Big 12. Karrington Jones’ .356 hitting clip is fourth best in the conference and her 211 kills are third on the squad. Defensively, Brooke Kanas’ 111 blocks (1.1 blk/s) are tops on the team while KJ Adam’s 467 digs are seventh most in a single season by a Red Raider and her 4.36 d/s rank second in the conference.