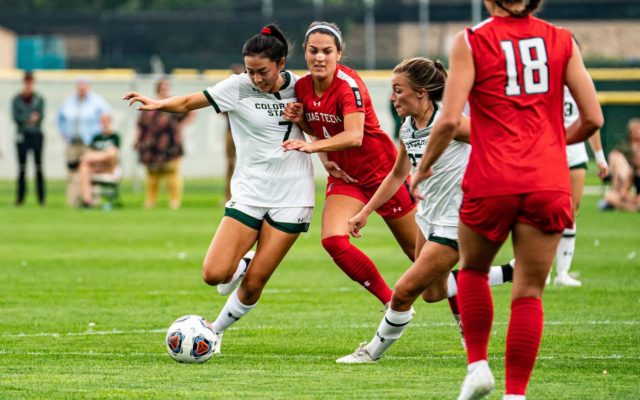 FORT COLLINS, Colorado – The Texas Tech soccer team put together a strong showing in an exhibition at Colorado State on Monday with Kirsten Davis scoring two goals and getting one each from Macy Schultz and Charlotte Teeter. Madison White recorded two saves and didn’t allow a goal through 70 minutes in goal for the Red Raiders, while Madison Martin played behind a tough defense for 20 minutes without facing a shot to complete a shutout.

Teeter scored the first goal of the exhibition for Texas Tech on a penalty kick eight minutes in and was followed by two first-half goals from Davis. Her first goal was assisted by Teeter and the second from Shultz. The final Red Raider goal was scored by Schultz off an assist from Teeter. Tech’s defense allowed only three total shots throughout the exhibition.

“Thanks to CSU for being great hosts,” Texas Tech head coach Tom Stone said. “We appreciate the opportunity for play in such a nice setting. We were happy with pieces of the game and to get the win but mostly that we grow from this on the way to our opening game.”

Texas Tech is set to open its 2021 season against UTEP at 7 p.m. on August 19 at the Walker Soccer Complex. The Red Raiders are scheduled to play 11 home games this season, including opening Big 12 play at home against Oklahoma (Sept. 23) and Kansas State (Sept. 26).