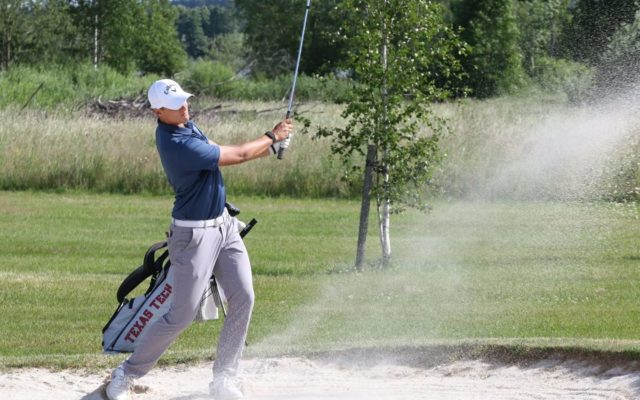 PALM SPRINGS, California – Texas Tech sophomore Ludvig Aberg shot 2-under-par to lead the Red Raiders in the opening round of The Prestige on Monday at the Greg Norman Course at PGA West. The 24-team tournament began at 8:45 a.m. (CST) with the first group of teams and wrapped up in the evening after a second flight started in the afternoon. Texas Tech is currently in 21st place after posting a 292 (9-over) after the first round, while Arizona State leads at 8-under (276) followed by Pepperdine (281), North Carolina (282) and Arizona (283).

The No. 16-ranked Red Raiders are set to begin their second round starting at 1 p.m. (CST) on Tuesday, while the final round is set for Wednesday. David Puig of Arizona State leads the tournament at 7-under with Aberg in seventh (69) and Markus Braadlie in 25th (71) leading Tech in the first round of the spring season.

Aberg finished his round of 2-under with three birdies and one bogey while Markus Braadlie shot even-par 71. A sophomore from Sweden, Aberg shot up to No. 10 in the World Amateur Golf Ranking this week after a win at the Jones Cup two weeks ago before starting strong in his spring collegiate debut. He started on the back-9 on Monday, making four straight pars before making birdie on the par 4, 443-yard No. 15 hole. He would also bird a par 3 and par 5 on the front side for the 68. Braadlie birdied his opening hole, made bogey on his ninth and would make par on 16 holes to shoot even-par.

Garrett Martin finished his opening round at 5-over, while Kyle Hogan and Baard Skogen are at 6-over after the opening day. Over at The Prestige Individual Invitational at Coral Mountain Golf Club, Carl Didrik Fosaas shot 1-under and James Roller finished at 3-over. Didrik Fosaas is currently 10th at the individual event with Derek Hitchner (Pepperdine) leading at 7-under.

The Red Raiders will return from California to play their next two tournaments in Texas, starting at the Cabo Collegiate in San Antonio (March 1-3) ad the Texas Invitational (March 15-16) in Austin.