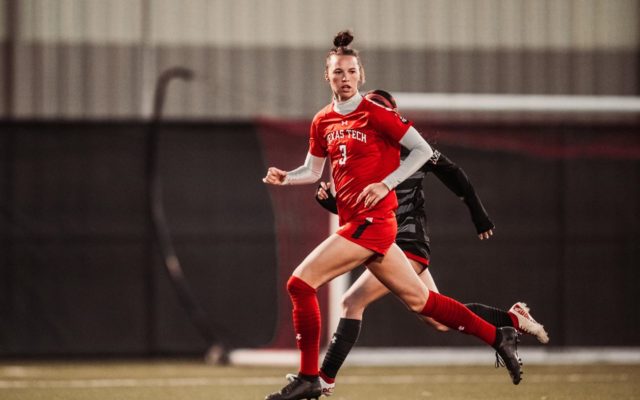 LUBBOCK, Texas – Texas Tech has been picked fourth in the 2021 Big 12 Soccer Preseason Poll which was announced on Wednesday and reflects the voting of the league’s head coaches.

West Virginia was selected as the favorite in the 2021 Big 12 soccer preseason poll for the eighth time in the last nine seasons. The Mountaineers earned five first-place votes and 74 points, edging defending regular-season champion TCU by one point (73). Oklahoma State (64), Texas Tech (56) and Texas (52) rounded out the top five. The Horned Frogs garnered four first-place votes, while the Longhorns earned one first-place vote.

West Virginia capped the 2020 season with a No. 13 ranking in the United Soccer Coaches poll, while Oklahoma State was No. 13. TCU finished its best season in program history with an Elite Eight finish and No. 5 ranking. Kansas (40), Baylor (36), Iowa State (26), Oklahoma (15) and Kansas State (14) rounded out the poll.

Texas Tech is coming off a COVID-altered season where the team finished with a 5-6-2 overall record after going 15-4-3 in 2019 with a trip to the second round of the NCAA Tournament for the second straight season. The Red Raiders were picked first in last year’s Big 12 Preseason Poll and began preseason practice on Tuesday ready to get back to that level of play. The team returns Kirsten Davis who led the Red Raiders with four goals and two assists last season along with Macy Schultz who added three goals.
”
When you’re building a program there is a chip on your shoulder forever,” Texas Tech head coach Tom Stone said, “but when you start winning enough you hope you can keep that chip even though you’ve been deep in the tournament and won the Big 12. Sometimes you have to manufacture reasons to get mad at the other team. We don’t have to manufacture anything this year. Last year was misery for us and the team definitely has an attitude. I hear them in their discussions in the locker room that they are better than that. They’re ready to prove that this year.”

On Tuesday, Davis and goalkeeper Madison White selected to the Preseason All-Big 12 Soccer Team for the second straight season. A super senior from St. Louis, Missouri, Davis is a two-time All-Big 12 First Team selection and returns for her fifth season having recorded 31 goals in her stellar career. White started 10 games and finished with 35 saves for the Red Raiders as a sophomore. A junior from Rockwall, Texas native, White recorded three shutouts last season after having six as a freshman where she earned Big 12 Freshman of the Year and All-Midwest First Team selection. She is coming off a sophomore season where she recorded three shutouts in games against Iowa State, Texas and Alabama.

Coaches were not allowed to vote for their own team.