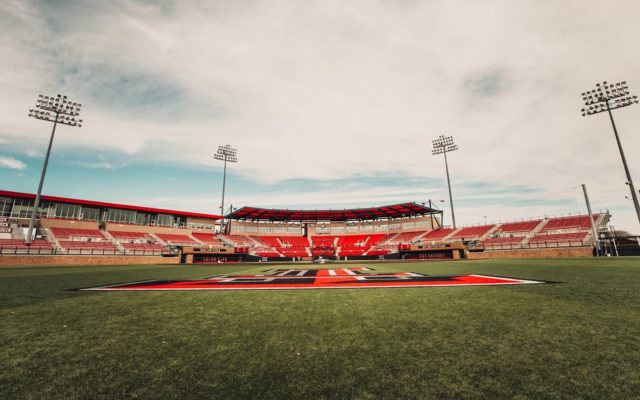 LUBBOCK, Texas — The Texas Tech baseball team, in conjunction with the Texas Rangers, announced on Thursday an exhibition contest on Oct. 25 between the Red Raiders and the Rangers’ Instructional League Program. First pitch is scheduled for 3 p.m.
The Rangers’ Instructional League team started a 17-game Arizona IL schedule on Sept. 30 with the Dodgers, Guardians, Padres, Reds, Royals, and White Sox organizations, and will conclude its slate with a week of games against select Texas colleges at the end of October.

The first stop on that tour will be at Rip Griffin Park before the professional organization moves onto stops at Dallas Baptist (Oct. 26), Baylor (Oct. 28) and TCU (Oct. 29).

Kenny Holmberg and Carlos Cardoza, who managed Triple-A West Round Rock and Low-A East Down East, respectively in 2021, will oversee the Instructional League’s games in Texas.

The fall exhibition contest will be open to the public and free of charge. Concessions will be open for fans in attendance to purchase select beverages and food items.