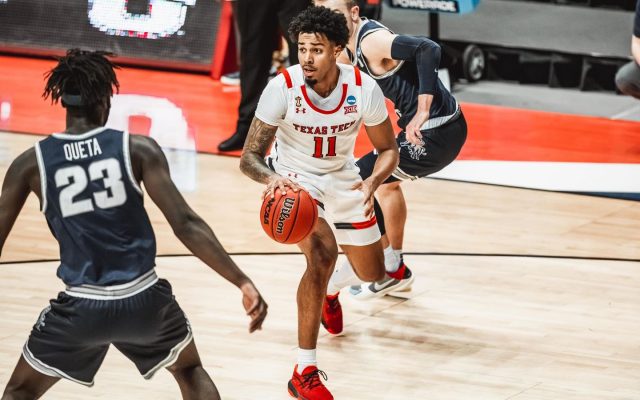 INDIANAPOLIS – No. 21 Texas Tech will play No. 10 Arkansas at 5:10 p.m. (CST) on Sunday at the Hinkle Fieldhouse in Indianapolis, Indiana with the game being televised on TNT.

The Red Raiders (18-10) are coming off a 65-53 win over Utah State in the NCAA Tournament first round, while the Razorbacks (23-6) secured an 85-68 victory over Colgate with both teams pulling away in the second half in close first-half games. Former Southwest Conference rivals, Texas Tech is 40-39 all-time against Arkansas with the last matchup resulting in a 67-64 win by the Red Raiders in the 2019 Big 12/SEC Challenge in Lubbock.

The Texas Tech-Arkansas winner will advance to the Sweet 16 to face the winner of the Florida-Oral Roberts matchup. The Gators earned a 75-70 win over Virginia Tech, while ORU knocked off second-seeded Ohio State with a 75-72 win on Friday. The Sweet 16 is scheduled for March 27-28.