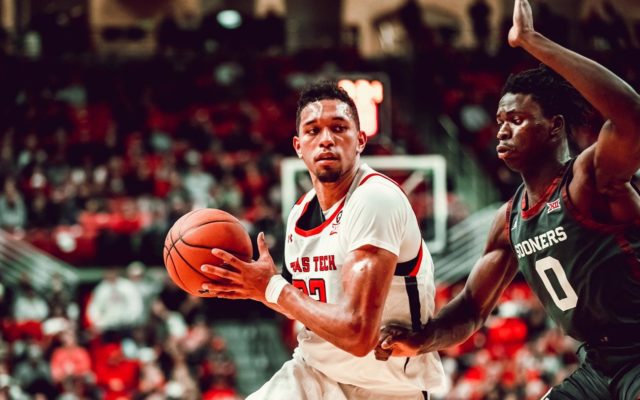 LUBBOCK, Texas – Texas Tech returned to the Associated Press Top 25 Poll at No. 22 and rose to No. 16 in the NCAA NET Rankings after wins over Kansas State and Iowa State last week. The Red Raiders have now won five of their last six games going into a game against Oklahoma at 8 p.m. on Tuesday in Oklahoma City at the Chesapeake Energy Arena.

Tech (18-9, 9-5 Big 12) has been ranked in 12 of 17 weeks after starting the season ranked No. 13 in the preseason poll for the highest ranking in program history coming into a season. Kansas comes in at No. 1 in the AP Top 25 after its win over Baylor on Saturday that moved the Bears back to No. 2 followed by Gonzaga, Dayton and San Diego State to round out this week’s top-5. West Virginia is at No. 20 this week to give the conference four ranked teams in the poll. The Red Raiders, who have been as high as No. 11 this season, are 2-6 this season against teams currently ranked, including earning a 70-57 win over No. 11 Louisville (ranked No. 1 at time) and splitting with No. 17 West Virginia.

The Red Raiders will return from Oklahoma to host Texas at 11 a.m. on Saturday at the United Supermarkets Arena.