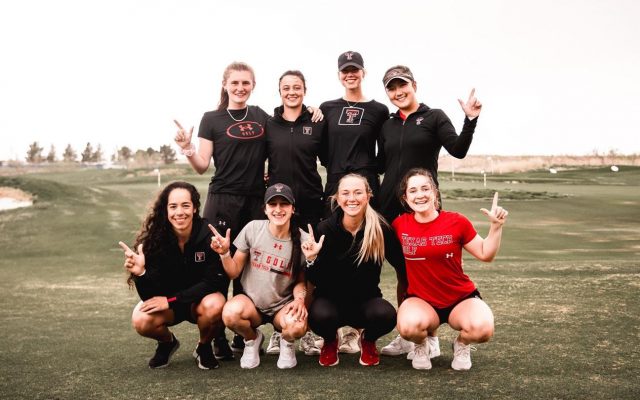 Texas Tech will be the No. 6 seed when the Louisville Regional tees off on May 10

LUBBOCK, Texas – The Texas Tech women’s golf program earned another NCAA Regional selection Wednesday as the Red Raiders were picked to the Louisville Regional as part of the NCAA Selection Show on the Golf Channel.

Postseason play has become the norm for the Red Raiders under JoJo Robertson, who has led Tech to an NCAA Regional in all but one of her 12 seasons as head coach (10 selections in total). It will be Tech’s 20th all-time NCAA Regional appearance and first ever in Louisville.

“It’s exciting to be back in an NCAA Regional,” Robertson said. “To hear our name get called today brings back great memories and feelings (of previous NCAA selections), so we’re looking forward to playing in Louisville and trying to extend our season.”

The Red Raiders received the No. 6 seed in Louisville where Tech will be joined by the likes of top-seeded South Carolina as well as No. 2 seed Florida State, No. 3 Auburn, No. 4 Texas and No. 5 Arkansas. The 18-team field will also include No. 7 seed UCLA, No. 8 Michigan State, No. 9 UCF and No. 10 Tennessee.

Tech will need to finish among the top-six teams to advance to the NCAA Championships for only the fourth time in program history and the third time under Robertson. Play at the Louisville Regional will tee off May 10 from the University of Louisville Golf Club.

The Red Raiders enter the postseason possibly playing their best golf of the season as Tech has won two tournament titles and claimed two runner-up finishes over the past two months alone. That doesn’t include a pair of medalist honors as well with Sofia Garcia winning the Maryb S. Kauth Invitational in March and then Gala Dumez a week ago at the Big 12 Championships.

Tech finished second as a team during the three-day tournament in The Woodlands, propelling the Red Raiders up to No. 21 in the latest Golfstat poll. Tech is also at No. 23 in the most-recent poll compiled by Golfweek Magazine.

The 2021 NCAA Championships will be played May 21-26 at the Grayhawk Golf Club in Scottsdale, Arizona.