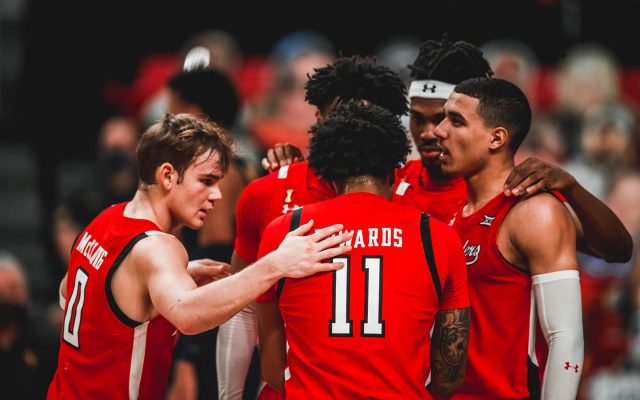 LUBBOCK, Texas – Texas Tech will open the 2021 Phillips 66 Big 12 Men’s Basketball Championship with a quarterfinals matchup against Texas at 8:30 p.m. on Thursday at the T-Mobile Center in Kansas City.

Texas Tech is 2-0 against Texas this season with a 79-77 victory in Austin before completing the regular-season sweep with a 68-59 win on Feb. 27 in Lubbock. The Red Raiders are 2-4 against the Longhorns all-time in the tournament after earning a 73-69 quarterfinal win in the 2018 tournament. The two programs were on the court warming up to play each other in the tournament before it was canceled.

The first day of the tournament will feature No. 8 TCU playing No. 9 Kansas State before No. 7 Oklahoma and No. 10 Iowa State play. Top-seeded Baylor will play the TCU-KSU winner on Thursday and No. 2 Kansas takes on the OU-ISU winner. West Virginia is the fourth seed and will take on No. 5 Oklahoma State on Thursday before No. 3 UT and No. 6 TTU close out the second day of the tournament. The TTU-UT winner would play at 8:30 p.m. on Friday in the semifinals. The championship is set for 5 p.m. on Saturday.

The Red Raiders will be making their 24th appearance in the Big 12 Championship where they are 14-23 all-time. Tech has not won the conference tournament and has one appearance in the finals coming in in 2005.
The entire Phillips 66 Big 12 Men’s Basketball Championship will be televised nationally on ESPN or ESPN2 and also available on the ESPN App.

Times / Networks subject to change.
All games are available via the ESPN App.