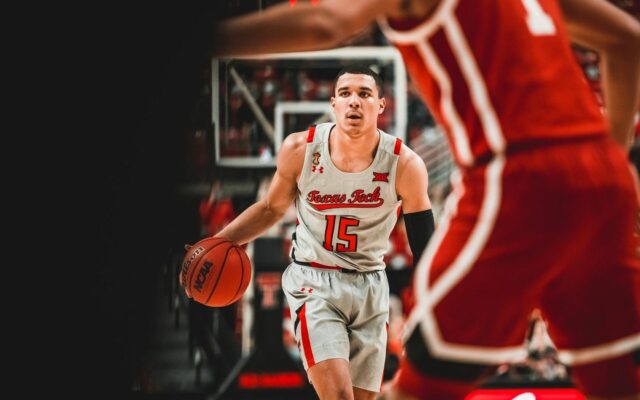 LUBBOCK, Texas – Texas Tech has been picked fourth in the 2021-22 Big 12 Men’s Basketball Preseason Poll with Kansas at the top of the poll as voted on by the league’s head coaches.

The Red Raiders are led by head coach Mark Adams who is entering his first season leading the program after five years as the associate head coach. Adams and the Red Raiders have made three straight NCAA Tournament appearances and are coming off a 9-8 record in Big 12 play last season. TTU was picked fifth in last season’s poll after the highest predicted finish of third for the program in the 2019-20 poll. The fourth-place selection is the second highest predicted finish in program history.

Texas Tech will open its season on Nov. 9 by hosting North Florida and begins Big 12 play with a New Year’s Day game against Oklahoma State at the United Supermarkets Arena.

The Jayhawks collected eight first-place votes and finished with a total of 80 points. Texas received the other two first-place nods to land at second with 70 points. Baylor was close behind in third with 67 points while Texas Tech placed fourth with 51 points. Oklahoma State and West Virginia tied for fifth with 49 points each. No. 7 Oklahoma (29), No. 8 TCU (24), No. 9 K-State (22) and No. 10 Iowa State (9) rounded out the poll. Coaches were not allowed to vote for their own team.

The Jayhawks’ nine-year streak of preseason first-place finishes ended last year when Baylor was the choice and went on to win both the Big 12 and NCAA titles. In 26 seasons, KU has been picked outright or tied for first in 19 preseason ledgers and won or shared the conference championship in 19 years. A coaches’ preseason poll was not conducted in the Big 12’s first season of 1996-97.

Coaches are not permitted to vote for their own team.

The 2021-22 regular season is scheduled to begin on Tuesday, November 9, with Big 12 play opening on New Year’s Day. Head coaches and student-athletes from each team will appear at the Big 12 Men’s Basketball Tipoff in Kansas City on October 20. Interviews from the event will air on Big 12 Now on ESPN+ from 8:45 a.m. – 12:30 p.m. CT.

The Texas Tech rosters is made up of 14 players with five returners and nine newcomers. Terrence Shannon, Jr. is coming back from a season where he earned All-Big 12 Third Team honors while Kevin McCullar returns after being an All-Big 12 Honorable Mention selection.

Shannon was named to the Preseason All-Big 12 Team on Wednesday. The team is filled with experience with four super seniors in Davion Warren, Adonis Arms and Bryson Williams who transferred in along with Marcus Santos-Silva who is in his second season at TTU after starting his career at VCU. The team has six seniors with Kevin Obanor transferring from Oral Roberts and Sardaar Calhoun from Florida State. Mylik Wilson and Clarence Nadolny join Shannon and McCullar in the junior class, while Chibuzo Agbo is back for his sophomore season along KJ Allen transfers in from East Los Angeles College. Daniel Batcho is a redshirt freshman from France who started his career at Arizona and Ethan Duncan is the lone true freshman on the roster.