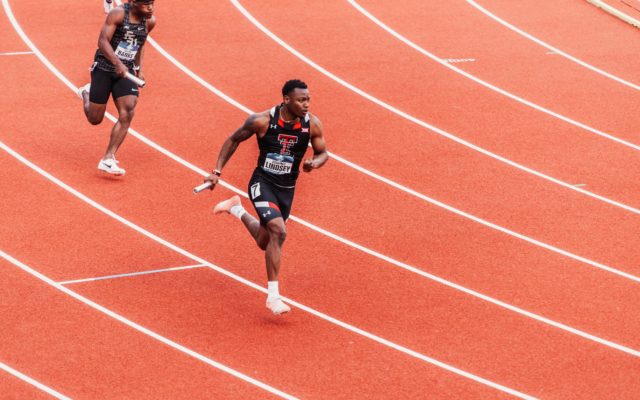 LUBBOCK, Texas – Texas Tech will be represented by 11 individuals, plus three relays, at the NCAA Outdoor Championships. The national title meet will return to Hayward Field in Eugene, Ore., for the first time since 2018 after undergoing renovations.

“It feels so great to be here,” said Director of Track & Field and Cross Country Wes Kittley. “We’ve been waiting for two years to get back here. With the crazy COVID year, it’s just so great to have the opportunity to come to an outdoor national championship and let these kids compete. We’re ready to get going.”

While it may be easy to get swept up in the incredible facility or excitement of returning to Eugene, Kittley will remind his squad of the importance of being locked in.

“You’ve got to be ready,” he said. “There are 24 people here. It’s top-two in each heat plus next two best times, and for field events you’re only getting three jumps or throws guaranteed. You’ve got to be 110 percent the first round. You’ve got to treat these like finals. This is not the conference meet where some of the best can coast a little in the early races. Here, you’ve got to roll. I’ll remind them of all this, but they know it. They’re eager to get competing.”

Six women will make the trip to Eugene, including two heptathletes for the first time ever and both relays for the fourth time in program history. Ruth Usoro, the nation’s top-ranked triple jumper and fifth-ranked long jumper, will double in her first outdoor national meet, making her the second woman in school history to do so. Usoro, the indoor Big 12 Champion in the long and triple and eventual NCAA Champion in the triple, will enter after shattering the school records in both during the outdoor season as well. Usoro holds a season best in the triple of 47’-7” (14.50m) and 22’-2.25” (6.76m) in the long. She claimed gold in the former at her first Big 12 outdoor meet last month. She has been a Bowerman watch list member every week since indoor season.

Joining Usoro in the long jump will be Monae’ Nichols, who has exploded on the scene in the event this indoor and outdoor season. Nichols is the ninth-ranked long jumper in the nation, holding a PR of 21’-8.25” (6.61m). She was a silver medalist to Usoro at the Big 12 meet. Four of her six long jump marks this season were worthy of making the program’s top-10 all-time list.

The men’s jumps will include Safin Wills and Jalen Seals. Seals, the Big 12’s indoor triple jump champion, snuck into the outdoor meet with a 16th-place finish at the NCAA West Preliminaries thanks to a season-best leap of 52’-4.75” (15.97m). It was at last year’s outdoor meet he landed the best mark of his career – 52’-8.25” (16.06m) – to finish 10th. Wills had a career day to make the meet, jumping 52’-9.25” (16.08mw) for a PR. It was the first time he has ever surpassed 16 meters. Seals and Wills qualifying for the national meet makes it two meets in a row Tech has had two triplers. Odaine Lewis (sixth place) and Charles Brown (16th) jumped at the meet in 2019, where Tech would go on to win the national title.

Chinne Okoronkwo will represent the pole vaulters, making her second outdoor title meet. Okoronkwo used jumps of 14’-0” (4.27m) to qualify for both the regional and national meet. The senior, a three-time Big 12 Champion in the event, will look to clear 14 feet yet again in Eugene.

Seasons Usual will also compete at her second outdoor nationals. Usual rode a career-best 196’-4” (59.85m) discus throw from the ACU Last Chance Meet into regionals, then qualified for Eugene. Usual finished in ninth place in 2019 – just one spot from scoring – and will seek a podium spot this time around.

The short sprints will have the bulk of Tech’s representation, with two qualifications in each the men’s 100m and 200m, action in both the men’s and women’s 4×100 relays and the return of the women’s 4×400 to nationals.

Courtney Lindsey exploded for career bests in both the 100m (10.15) and 200m (20.24) at the regional meet to earn lanes in both at what will be his first Division I national title meet. The former JUCO indoor 200m champion earned those qualifications after running leadoff on the men’s 4×100 that timed a season-best 39.07. It was the 10th-fastest time in school history. That relay included Jacolby Shelton, who anchored the 4×100 to bronze in 2019 and qualified for the 100m this year, Ashton O’Conner and Terrence Jones Jr. Jones earned a bid in the 200m as well with a massive PR of 20.36 out of lane nine. With two sophomores and two freshmen, it is the youngest Tech 4×1 to make nationals since 1997.

With three of the four sprint relay legs also running individual races, two additional sprinters were called upon to travel as alternates for the 4×100: seniors Keion Sutton and Karayme Bartley.

The women’s 4×100 was led off by Virginia Kerley, who did the same on Tech’s bronze relay at Big 12s. She handed to freshman Kiah Dubarry-Gay, who went to senior D’Jenne Egharevba and finally to senior Peyton Ricks. The 44.01 they crossed in counts as the fastest women’s relay run at Tech since 2012. This relay will bring alternate Demisha Roswell.

The women’s 4×400 will return to the national meet for the first time since 2017, and its qualifying run was done by Jadsia Warden, Sara Limp, Amanda Crawford and Lexye Price. This group’s 3:31.74 was the seventh-fastest in program history. Both relays making the national meet has happened just three times in school history, and this week will be the first appearance of both since 2012. The 4×400 will have Kiara Lester and Joanna Archer available as alternates.

For the first time in school history, two Tech women will compete in the heptathlon at a national title meet. Kaylee Hinton made the meet with a near-PR – which would be a near-school record – 5,809 points from her senior day, the Corky/Crofoot Shootout. It will be Hinton’s first multi at a national meet since 2017 after the pentathlon she qualified for at 2020 indoors was canceled along with the meet due to the COVID-19 pandemic. Hinton was a bronze medalist in the hep at this year’s outdoor conference meet. Callie Jones’ bid to nationals came from a career-best 5,663 points posted at the Big 12 Championships. Jones’ qualification will send her to her first NCAA title meet ever.

The NCAA Outdoor Championships will run from June 9-12 at Hayward Field on the campus of the University of Oregon in Eugene, Ore.

Live results will be available here. The meet will stream at various points on ESPN, ESPNU and ESPN3. Click here for all the links to watch.