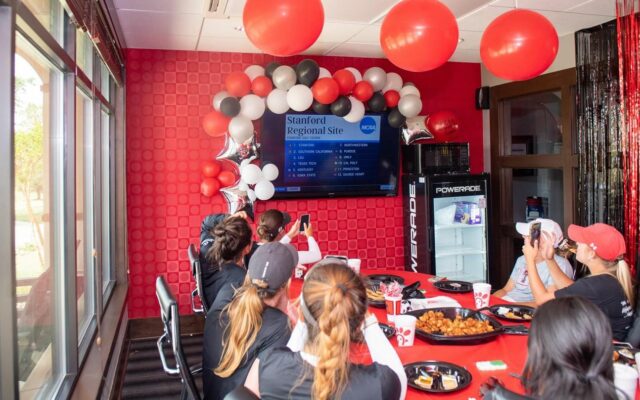 LUBBOCK, Texas – The Texas Tech women’s golf team heard its name called for another postseason appearance Wednesday as the Red Raiders were selected to the NCAA Stanford Regional during the official unveiling on Golf Channel.

“We will never take for granted how special it is to hear our name called for an NCAA Regional,” Robertson said. “You never know where you are going to go until you hear your name called, but we like the draw and know we will have to play well in order to advance. We’re looking forward to the trip to California and hopefully extending our season.”

Texas Tech will be the No. 4 seed in Stanford as part of a new format the NCAA will debut this season, which features six regional sites instead of four from previous years. As part of the new format, the Red Raiders will need to finish among the top four schools in the 12-team field in order to advance to their fourth NCAA Championships in program history and third time under Robertson.

The NCAA Regional round will feature 72 teams and 36 individuals spread across six different sites as the Stanford Regional will also include the host Cardinal as the top seed followed by No. 2 USC, No. 3 LSU, No. 5 Kentucky, No. 6 Iowa State, No. 7 Northwestern, No. 8 Purdue, No. 9 UNLV, No. 10 Cal Poly, No. 11 Princeton and No. 12 Sacred Heart.

The Red Raiders have traveled to Stanford twice previously for the NCAA Regional round as Texas Tech went west in both 2004 and 2016, finishing 13th overall in both visits. Texas Tech last advanced past the regional round in 2017 when the Red Raiders defended their home turf with a fifth place finish in the Lubbock Regional hosted at The Rawls Course.

The NCAA Stanford Regional will run May 9-11 from Stanford Gold Course.