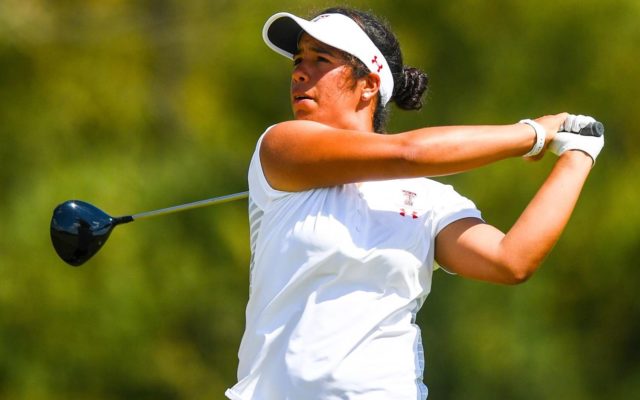 LUBBOCK, Texas – The No. 14 Texas Tech women’s golf team concluded its trip to Florida with a seventh place finish Tuesday at the Heroes Ladies Intercollegiate three-day event hosted by Purdue at the Founders Golf Club in Sarasota, Florida.

As a team, the Red Raiders finished at 16-over-par 880 for the tournament after combining for an 11-over 299 round Tuesday, their highest of the 54-hole event. Three different Red Raiders managed to place among the top-25 individuals.

Sofia Garcia was the highest finisher for Tech’s lineup after a 1-over 73 final round pushed her into a tie for 20th on the leaderboard. Garcia, who led the Red Raiders with three birdies on the day, has now finished in the top-20 individually in five of six tournaments so far this season.

Cecilie Nielsen concluded the event only a stroke behind Garcia as she wrapped the final round with a 4-over 76 card to tie for 22nd overall. Gala Dumez finished, similarly, one stroke back of Nielsen after a 5-over 77 final round placed her in a tie for 24th on the leaderboard. Anna Dong and Amy Taylor both finished in a tie for 45th at 10-over following final rounds of 3-over 75 for Taylor and a 9-over 81 for Dong.

Oklahoma State claimed the team title at 15-under after making a final-round push, posting a 6-under 282 team score that was the lone under-par card of the day. Ole Miss finished in second at 13-under after an even-par round, leaving the Rebels well ahead of Georgia in third at even-par and Iowa State at 3-over in fourth place. Northwestern and Virginia Tech shared fifth place at 10-over for the tournament.

The Red Raiders will take less than two weeks off before returning to action at the Icon Invitational hosted by Houston at The Woodlands Country Club on Feb. 22-23.